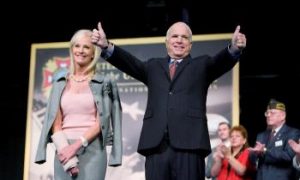 A Russian man who filmed the frozen remains of an alleged alien in the town of Kamensk, Siberia has admitted to police that the footage is a hoax.

According to Russia Today prior to the man’s admission, the footage had received hundreds of thousands of hits on Youtube since it was first published on April 14. The confession came only after a police investigation into the matter.

The investigation was triggered after a local journalist raised concerns that the painted corpse made from chicken skin stuffed with bread may have been the remains of an infant. When police confronted the man, he admitted it was a fake and showed them the model alien he had made from his refrigerator contents.

According to The Telegraph, alleged UFO sightings in the area are not uncommon and that about one month before the release of the footage, some villagers reported seeing unusual bright orange lights in the sky. However, some of the lights were attributed to bomb training at a nearby military installation, authorities said, according to The Telegraph.

No charges were laid by authorities as the man’s actions are not considered criminal.