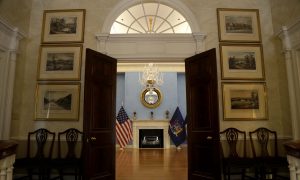 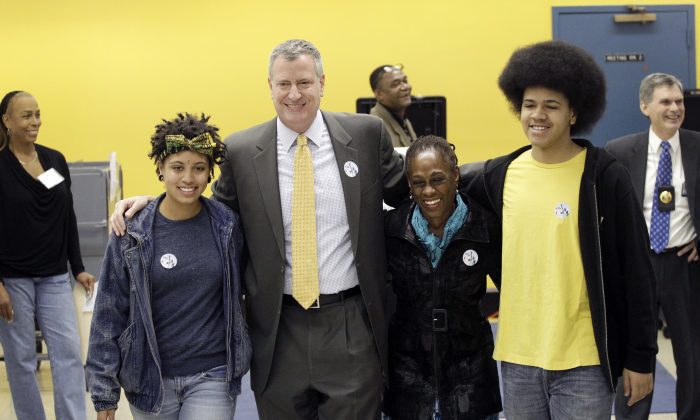 NEW YORK—Chirlane McCray announced Monday on her blog #FLONYC that the de Blasio family has begun to move to Gracie Mansion, starting with a few pieces of furniture.

Bill de Blasio announced in December he would live in the mansion, the mayors’ residence since 1942, but the move “will phase in over the next few months.”

It turned out the family will wait for the end of the school year, so their son Dante can avoid a longer school commute, ABC-7 reporter Dave Evans announced on air after interviewing the mayor in February.

As the school year is drawing to its end, McCray’s blog posts describe her packing up while sifting through memories of the 14 years spent in their Park Slope apartment. “So many of the moments we cherish took place right here,” she wrote.

The first items to move were her mother’s sewing machine table containing a green 1950s Singer 185, and a wooden rocking chair with floral upholstery, a gift from the mayor’s mother, Maria Wilhelm.

“Using this same sewing machine, I created the two quilts that Dante and Chiara are sleeping under in the photo above,” McCray wrote, posting a picture of her son and daughter tucked up in colorful blankets.

The rocking chair is one de Blasio spent hours in as a boy, listening to his mother reading to him. McCray had been following the tradition. “Chiara and Dante were also soothed by the rocking and the warmth of listening to stories in my lap,” she wrote. “We are bringing ‘home’ to our new home and we are so excited about this new adventure!”

De Blasio will be the first to live in the mansion since Rudy Giuliani moved out in 2001 due to his divorce. Michael Bloomberg never lived in the house. Instead, he opened it to public tours and events in 2002 and had it renovated, partly at his own expense.

“Tours at Gracie will be temporarily put on hold next week and resume in September, once the family is settled,” the mayor’s office announced.