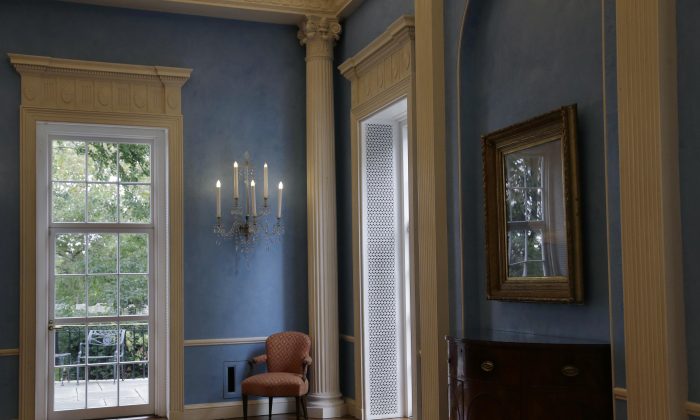 Will Remain the ‘People’s House’
By Kristen Meriwether

NEW YORK—For the first time in 14 years, Gracie Mansion, the official residence of the mayor of New York City, will once more become a home.

After a long-awaited and slightly delayed decision, Mayor-elect Bill de Blasio and his family have decided to pick up their Brooklyn roots and move to Gracie Mansion on Manhattan’s Upper East Side.

“It’s a tough decision. Brooklyn is our home and Park Slope is our neighborhood. And we love these places. In many ways, they’ve come to define who we are,” de Blasio wrote in a statement on his transition website. “It’s a practical choice but one that we make with respect and gratitude for the people of New York City.”

The statement cited logistical and security concerns as one of the reasons for choosing to leave Park Slope. De Blasio’s 16-year-old son Dante, who rose to national fame during the summer for his signature afro and appearing in campaign commercials, had reportedly objected to the move as the reality of his dad becoming mayor began to set in.

Dante was concerned his commute to Brooklyn Technical High School would be longer. The statement did not mention what accommodations would be made to get Dante to and from school. A campaign representative did not return request for comment.

The de Blasio family will keep their home in Park Slope, although the statement made no mention if they will rent it out.

Future of the ‘People’s House’

Gracie Mansion, which sits on 11 acres overlooking the East River, became the official residence of the mayor in 1942, with Fiorello La Guardia its first occupant.

The public had limited access to the pale yellow country home, originally built in 1799, until 2002 when current Mayor Michael Bloomberg opted to stay in his Upper East Side home, leaving Gracie Mansion without a resident. Bloomberg decided to open Gracie’s doors and dubbed it the “People’s House.”

Since then, Gracie Mansion served as a venue for hundreds of community events, a meeting space for city agencies, and a hot tourist attraction.

Up to 50,000 people visit annually, according the city website, including $7 general tours on most Wednesdays and tea tours on Tuesday and Thursday.

A de Blasio campaign spokeswoman confirmed Gracie Mansion would remain the “People’s House” and tours would continue, although the upstairs would no longer be a part of the tour.