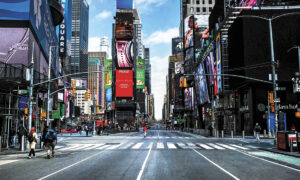 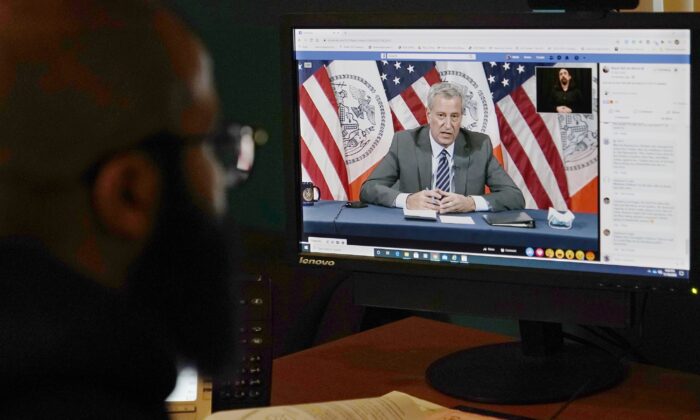 New York City Mayor Bill de Blasio on Thursday defended the closing of all the city’s schools amid the COVID-19 pandemic.

“I really do feel what parents are going through. I told them last week we had to get ready for this possibility. Parents are scrambling because it’s really tough to be a parent, especially in the age of the coronavirus. But the number one job I have is to keep people safe,” de Blasio said on “CBS This Morning.”

De Blasio announced Wednesday night that the city’s 1.1 million students would be forced to learn via remote instruction because the city reached a 3 percent positivity rate in its 7-day average of COVID-19 tests.

Studies suggest in-person learning is safe and does not lead to many new COVID-19 cases and the World Health Organization says in its guidance that schools can remain open until the positivity rate is 5 percent. Pressed on New York City’s trigger, the mayor said the test positivity rate is increasing and “we were the epicenter of this crisis.”

Bars and restaurants are remaining open for the time being, though de Blasio said New York Gov. Andrew Cuomo, a fellow Democrat, would likely order their closure soon.

The mayor said the day prior that no one was happy about the school closings but noted that New York City was one of the few major school systems to reopen in the first place.

“But we set a very clear standard and we need to stick to that standard, and I want to emphasize to parents, to educators, to staff, to kids that we intend to come back and come back as quickly as possible,” de Blasio told reporters at a press conference.

The mayor said he and his team were working with the state after Cuomo appeared caught off guard when told shortly before that New York City’s schools were closing.

Cuomo lashed out at reporters during a press briefing in Albany when asked about the situation.

Cuomo appeared to be unaware that de Blasio was planning to close the schools.

When questioned again, he said the closure trigger of 3 percent test positivity was set by the city “in a collaborative with the parents.”

Republican Councilman Joe Borelli said on “Fox & Friends” Thursday that Cuomo “just has the wheels coming off the train when he realized that the mayor of the city of New York is actually overruling him on this and closing schools for a million parents in New York City.”

“The reaction from everyone should be extremely, extremely angry, because the party that constantly lectures us on following the science has decided, at least with this issue, to abandon all the science and close schools and let children get the irreparable harm that they’ve been continuing to get by not having themselves in front of the school, in front of a live teacher.”

De Blasio said that he spoke with Cuomo several times and wants more testing in place before schools reopen. Schools Chancellor Richard Carranza told NY1 on Thursday that officials are talking with teacher unions and the state regarding what the metrics for reopening and closing should be in the future.

“We are not looking at this as a long-term closure,” he said. This is a temporary closure.”