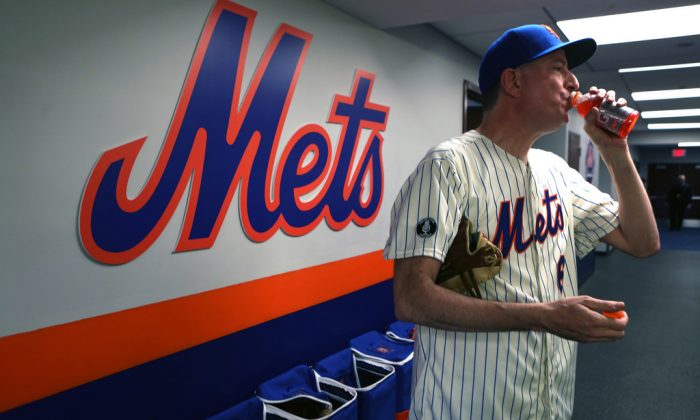 De Blasio Booed After Ceremonial Pitch for the Mets

Mayor Bill de Blasio was booed by Mets fans after he threw the ceremonial first pitch during the opening Mets’ 2014 season at CitiField Monday morning.

“I’ve said that a thousand times, yes,” de Blasio affirmed at a press conference before the game.

After stepping out onto the field in a white Mets shirt and blue cap, de Blasio served his first pitch with a strike. The mayor said he practiced his knuckle curveball at the Park Slope Armory the night prior.

“I’m a baseball fan, I go all over the country whenever I get a chance and try to experience different ballparks,” de Blasio said.

De Blasio said before he took the mound that he would not be upset if he heard boos.

“I’m a sports fan and I think sports fans have a right to express themselves any way they want,” he said.

As he reared back and lobbed the ball over the plate to the waiting catcher. The apparent strike turned some of the boos into mild applause.

Despite his personal feelings, de Blasio said Monday he would love to throw out the first pitch at Yankee Stadium if asked.

But it seems that fans booing mayors during the opening game is also tradition.