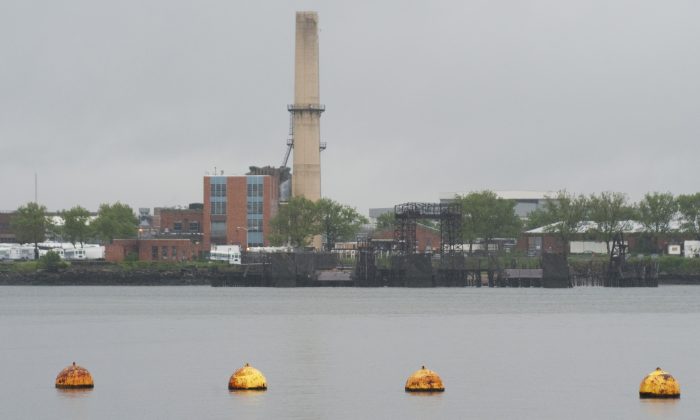 A view of buildings on Rikers Island penitentiary complex on May 18, 2011. (DON EMMERT/AFP/Getty Images)
New York

NEW YORK—Growing violence on Riker’s Island and the mismanagement that led to an inmate being baked to death recently has prompted the new administration to propose raising the Department of Correction’s (DOC) budget so as to add more officers and better training.

Council member Elizabeth Crowley, who chairs the committee on criminal justice, said the committee would work with the department to raise its budget to add more personnel.

Former Marine Jerome Murdough was homeless and suffered from bipolar disorder and schizophrenia. Murdough, who died from overheating in his Rikers Island cell, had been arrested for trespassing and could not pay his $2,500 bail.

Crowley said she believed many of the mentally ill inmates may be like Murdough, who never should have been on Rikers Island in the first place.

Cranston said a high percentage of the mentally ill were arrested for felonies.

According to Cranston, 38 percent of inmates are mentally ill, and about a third of those are significantly so, with illnesses like bipolar disorder and schizophrenia.

Council members pointed out correctional officers may not be properly trained to care for the mentally ill, and it was unfair to them because they did not sign up to be health care professionals.

About 8 percent of department staff exceed the legal overtime level of 56 hours, and Crowley said the department should rethink how its facilities are staffed.

Crowley said there is probably a correlation between the level of violence rising in the facilities and the officers being overworked, “not to mention waste of spending and lack of fiscal management.”

Last year, incidents when correctional officers needed to use force to intervene rose every single month, said Cranston. Since January, the numbers have leveled off and started to decline, but as of March the rate is still about 11 force incidents a day.

Cranston said they have been successful in analyzing the conditions that bring these incidents about and stopping them by holding officers of all levels responsible—hence the decrease.

Cranston was skeptical that adding more personnel was the right answer, and said they should be analyzing and making better use of the personnel they do have. “Money does not solve all security issues,” Cranston said.