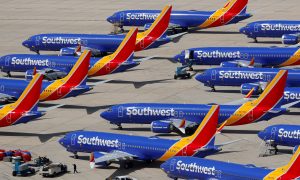 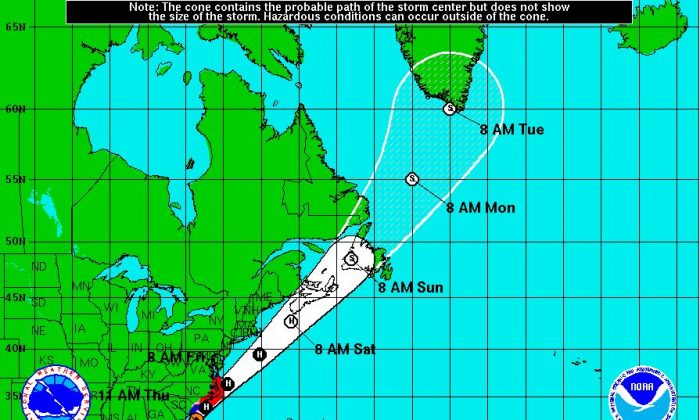 The National Weather Service and NOAA tracking for Hurricane Arthur.. (NOAA.com)
US

The system will likely bring stormy weather and rain, hindering some July 4 activities.

Accuweather.com notes that conditions depend largely on Arthur’s track along the Atlantic.

“If the tropical system takes a northeastward turn late in the week, as we suspect, rain and thunderstorms will begin to shift eastward and out to sea Friday afternoon and evening, so that the weather improves for fireworks Friday night from Washington, D.C., to Philadelphia and New York City,” AccuWeather Long-Range Expert Paul Pastelok was quoted as saying.

On Thursday, Maryland and nearby states were placed under a Severe Thunderstorm Watch by the National Weather Service.

“This is issued by the National Weather Service when conditions are favorable for the development of severe thunderstorms in and close to the watch area. A severe thunderstorm by definition is a thunderstorm that produces one inch hail or larger in diameter and/or winds equal or exceed 58 miles an hour. The size of the watch can vary depending on the weather situation. They are usually issued for a duration of 4 to 8 hours. They are normally issued well in advance of the actual occurrence of severe weather. During the watch, people should review severe thunderstorm safety rules and be prepared to move a place of safety if threatening weather approaches,” the service adds.