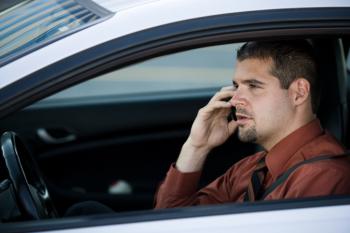 In 2008 nearly 6,000 people died in crashes involving a distracted driver. It is proving to be a challenge to stop people from talking, sending text messages, and engaging in other distracting actions while behind the wheel. (Photos.com)
US

Ronny Dorry
View profile
Follow
biggersmaller
Print
WASHINGTON—Despite the known risks of distracted driving, it is proving to be a challenge to stop people from talking, sending text messages, and engaging in other distracting actions while behind the wheel, but the US government is trying.

According to the National Highway Traffic Safety Administration (NHTSA), in 2008 nearly 6,000 people died in crashes involving a distracted driver. Just over 20 percent of all crashes that year involved some type of distraction.

“By getting the best minds together, I believe we can figure out how to get people to put down their phones and pay attention to the road,” said DOT Secretary LaHood in a statement.

The three main types of driving distractions are taking your eyes off the road, taking your hands off the wheel, and taking your mind off what you are doing. Common forms of distraction include cell phone use, texting while driving, eating, drinking, talking with passengers, and using in-vehicle technologies and portable electronic devices.

Texting while driving is considered one of the highest-risk activities because it involves all three types of distractions.

Less obvious forms of distractions include daydreaming or dealing with strong emotions.