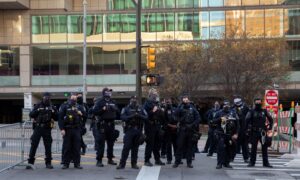 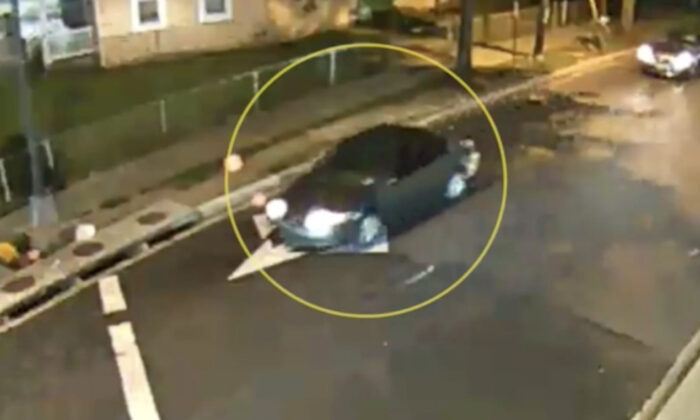 The vehicle of interest in the shooting of a 6-year-old girl in Washington on July 16, 2021. (Metropolitan Police Department/Screenshot via The Epoch Times)
District of Columbia

An intense search was underway in Washington, D.C., for the suspect or suspects behind a shooting that left a 6-year-old girl dead and five other people injured.

Police said gunfire erupted in the southern part of the district, on the corner of Martin Luther King Jr. and Malcolm X Avenues Southeast, just before 11 p.m. on Friday. According to Metropolitan Police Department Executive Assistant Chief Ashan Benedict, officers already in the area heard the violence break out and immediately responded to the shooting.

When they arrived on the scene, just outside liquor and convenience store in Congress Heights, they discovered a total of six people suffering from gunshot wounds.

Three men and two women sustained non-life-threatening injuries and are expected to make a full recovery. The sixth victim, a little girl, was rushed to the hospital, where she was later pronounced dead.

No arrests have been made, but authorities said they are searching for a vehicle that is “dark in color.”

“There’s too much gun violence, still, perpetuated in this city and too many children are being harmed—innocent children—by gunfire,” Benedict said. “Please help the police department and our detectives bring those people to justice and help bring some closure to the families.”