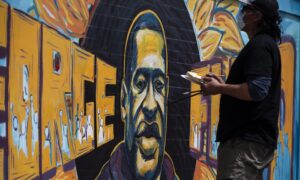 George Floyd Mural Near Site of Death in Minneapolis Defaced
0

Medical Examiner: George Floyd May Have Had a 'Fatal Level' of Fentanyl When He Died
0 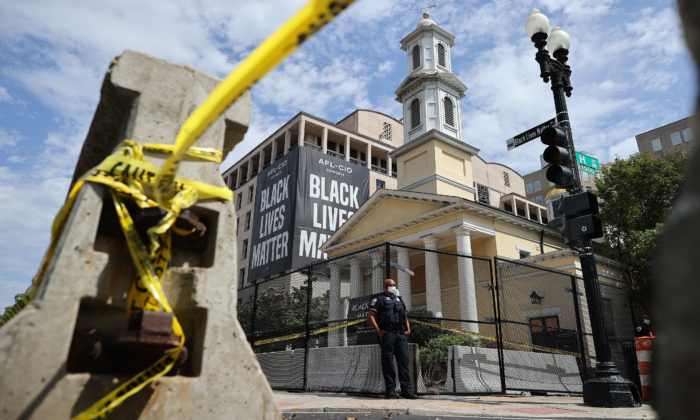 Police officers in Washington fatally shot a man on Wednesday after responding to a report of guns in a vehicle.

The wounded man was pronounced dead at a local hospital. Newsham said two guns have been recovered from the scene.

“We believe the suspect had a gun at the time,” Newsham said, but declined to speculate on why the officers opened fire.

The man’s age was not available as police worked on identification.

A live feed from the protest showed a crowd of roughly 100 protesters listening to speeches and chanting “you can’t stop the revolution” and “no justice, no peace,” among other slogans. Some of the protesters cursed and taunted police officers holding a line outside the precinct.

Some of the speakers identified the victim as Deon Kay, the same name reported by The Washington Post. The newspaper learned from relatives that Kay was 18 years old and lived with his mother not far from the site of the shooting.

“They took my baby, they just took my baby from me,” Natasha Kay, the man’s mother, told the newspaper.

The shooting comes after months of violence and riots that began after the police-custody death of George Floyd in Minneapolis.

In June, amid nationwide protests over the death of George Floyd, the D.C. Council passed emergency legislation requiring the Metropolitan Police Department to release any body camera footage from any fatal shootings or use-of-force incidents within five days. The department must also release the names of the officers involved.

The family of the victim can object to the release of the footage, in which case the video would not be made public.

In July, the city released body camera footage from three separate fatal incidents dating back to 2018.