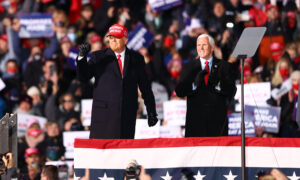 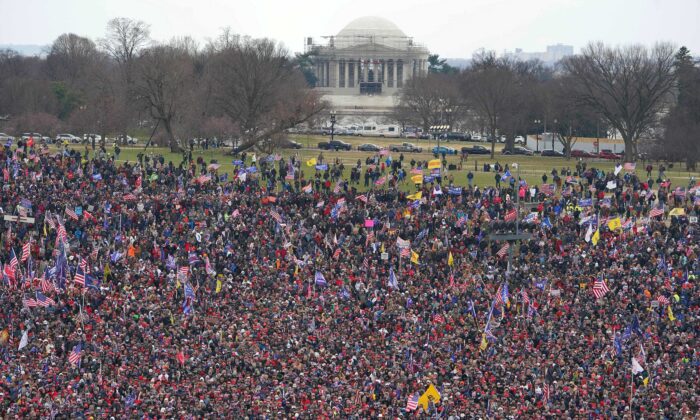 Washington D.C. Mayor Muriel Bowser issued a citywide curfew amid protests and a reported breach and lockdown of the U.S. Capitol Building from 6 p.m. Wednesday until 6 a.m. on Thursday.

Both the Senate and the House went into recess amid the reported breach. A number of lawmakers said they were essentially told to shelter in place.

Emergency alerts were sent to phones across the District of Columbia with an alert about the emergency curfew.

“During the hours of the curfew, no person other than persons designated by the mayor shall walk, bike, run, loiter, stand or motor by car or other mode of transport upon any street, alley, park, or other public place within the District,” her order said.

The order won’t apply to essential workers, including media employees.

Today, I’m ordering a citywide curfew for the District of Columbia from 6:00 p.m. on Wednesday, January 6, until 6:00 a.m. on Thursday, January 7. pic.twitter.com/lp6Pt3DcYC

Lawmakers confirmed they were placed on lockdown. “I’m currently in lockdown in the House chamber,” said Rep. Jason Crow (D-Colo.) on Twitter.

President Donald Trump, meanwhile, wrote on Twitter to protesters to “please support our Capitol Police and law enforcement” amid the demonstrations: “They are truly on the side of our Country. Stay peaceful!”

And a number of senators and House representatives called on the protesters to pull back.

“Violence and anarchy are unacceptable. We are a nation of laws. This needs to end now,” wrote Sen. Tom Cotton (R-Ark.) on Twitter.

Please support our Capitol Police and Law Enforcement. They are truly on the side of our Country. Stay peaceful!

Added House GOP Leader Kevin McCarthy (R-Calif.): “Thank you to Capitol Police for protecting the People’s House. Protesters have a Constitutionally-protected right to be heard, but I urge them to remain peaceful.”

Reporters on the scene have said that the Electoral College certification was essentially halted as demonstrators entered the Capitol building. Video footage showed the protesters seen walking in the building’s hallways.

The events occurred in the midst of the Joint Session of Congress.

Vice President Mike Pence opened the proceedings in his constitutional role as president of the Senate. He said in a statement that while he shared the concerns about the “integrity” of the election, it was not correct that he should be able to accept or reject electoral votes unilaterally.

Dozens of House representatives and one senator objected to the electoral votes for Arizona, leading to a debate and eventual vote by both chambers. About an hour later, the House and the Senate were locked down.