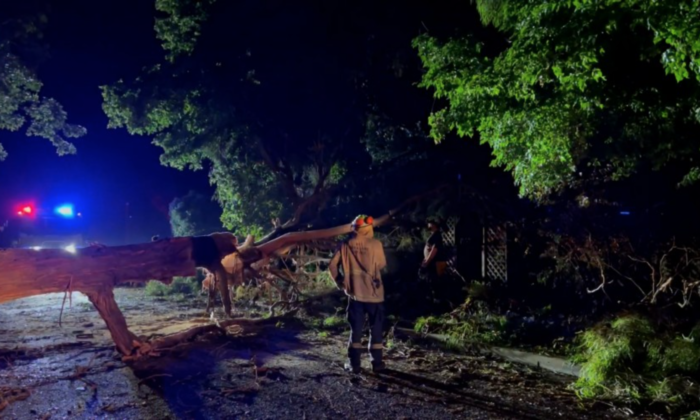 Days to Clean Up After Storm Hits Australian Capital Canberra

A severe thunderstorm hit the Australian capital of Canberra on Monday, causing damage to homes and cars, with clean up efforts expected to last for days.

The ACT State Emergency Service (SES) said it had received 436 requests for assistance after the storm swept through at about 5.20 p.m.

Large hail stones and strong winds were predicted, with SES warning residents to secure their properties.

SES crews worked through the night to help the community, completing 211 jobs in the lead up to 6.30 a.m. on Tuesday, with over 200 requests outstanding.

Most of the calls came from the hardest hit regions of Belconnen and Gungahlin, where trees came down on homes, cars, and road, with fallen powerlines and localised flooding.

Additional staff and volunteers joined clean up operations from 8 a.m. on Tuesday.

“The clean up is expected to extend across the next couple of days, with the highest priority incidents being attended first,” the SES said in a statement.

EvoEnergy said power had been restored to 10,000 homes but more than 7,500 customers in Belconnen remained without electricity overnight.

“Due to extensive damage, repairs will take time and we ask for your patience,” the electricity supplier said on Twitter.

SES reported their call-takers were receiving a high volume of calls on Monday night, with jobs being prioritised by urgency.

Authorities urged residents to call ACTSES for assistance on 132 500, rather than the Triple Zero (000) emergency line used for police, fire, and ambulance.