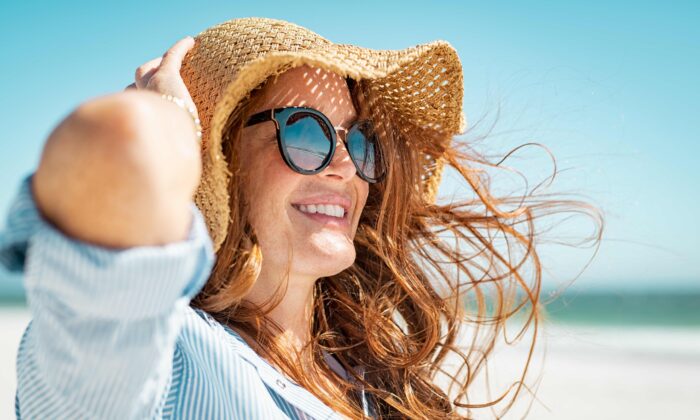 Humans are tied to the cycle of seasons. Sunlight is only one of the essential connections we overlook.(Rido/Shutterstock)
Viewpoints

The European Parliament voted on March 26, 2019, to phase out the twice-yearly ritual of changing the clock in the European Union (EU). The vote, if implemented, would overturn the present directive on summertime arrangements.

Daniel Boffey, reporting on this vote, said that member states would then “be able to choose whether to remain on ‘permanent summer’ or ‘permanent winter’ time under the draft directive, which passed by 410 votes to 192.”

Daylight Saving Time (DST) remains a contentious issue, not just in the EU but throughout the world. DST is used in 70 countries worldwide, but most of these are now revisiting the wisdom of this arrangement.

In the United States, the Sunshine Protection Act of 2021, passed by the U.S. Senate on March 15, envisages making DST a permanent feature of the country, thereby eliminating the need to change the clock every year. The law, scheduled to come into effect in November 2023, would still need to be passed by the House of Representatives.

In the EU, the start of DST begins with the clock moving one hour forward on the last Sunday of March and ends in October. In Australia, DST is observed in the Australian Capital Territory, New South Wales, South Australia, Tasmania, and Victoria, where it starts in October and ends in April.

The argument in favour of switching to DST is that it provides more daylight during the summer months.

DST is a godsend for the tourism industry because visitors have a longer day in bright daylight to visit their preferred destinations. It also allows for children to play outside longer, thereby offering them a healthier lifestyle.

However, country people, especially farmers, may dislike daylight saving because they would need to start their farm work later and potentially finish later to look after their animals and crops.

DST, as opposed to Standard Time, was an invention of the First World War when both the United Kingdom and Germany adopted it to save on the cost of coal. After the war, the practice was discontinued, only to be resurrected in the 1980s to save on spiralling oil costs.

The European Parliament’s vote to end the ritual of changing time twice every year empowers the EU Member States to choose either DST or Standard Time as a permanent fixture. This choice may yet divide the EU because there is a constant shifting of responsibility for the implementation of the vote from the European Council, consisting of the heads of state and governments, to the Commission, which is the executive branch.

Indeed, the bureaucratic wrangles associated with abolishing the twice-yearly clock-changing event frustrate the efforts of those who want to implement the proposed changes.

But the inability, or unwillingness, to deal with this issue may also be a consequence of the EU’s priorities which, since the parliament’s vote in 2019, have been the fight against the COVID-19 pandemic and dealing with the tribulations surrounding Brexit.

More importantly, as already observed, the vote only ends the twice-yearly changing of the clock, but it does not impose either DST (summertime) or Standard Time (winter time) on the Member States.

If DST is chosen as the permanent solution, current objections against it would still exist and could be amplified. If instead, Standard Time is selected, the effect on the tourism industry could be devastating, and the effects on energy use would inevitably be reconsidered.

The demise of the twice-yearly ritual was based on scientific studies that revealed the physical and psychological side effects of switching between DST (summertime) and Standard Time (winter time).

Among these are reduced worker productivity, an increase in the occurrence of cardiovascular diseases and strokes caused by irregular biological cycles, and even an increase in the number of traffic incidents due to seasonal depression.

The evidence also indicates that Standard Time leads to increased levels of depression, quite apart from its impact on greater energy usage.

While some of these research results seem farfetched, contradictory, and even counterintuitive, DST may well be inconvenient for some people. However, the view that DST creates substantial physical and psychological problems seems exaggerated.

But the changing of the clock has indeed created an administrative nightmare in countries like Australia, where some states observe DST and others stick to Standard Time. For example, airlines that have to schedule interstate transportation are severely challenged by the different time zones and the potential chaos caused by switching between DST and Standard Time.

Also, travellers and businesspeople need to be constantly alert to the time changes to ensure they do not miss their meetings.

Those who favour DST for the purpose of enjoying longer daylight hours may well see the European Parliament’s vote as a potential threat. For them, the permanent installation of Standard Time would rob them of daylight.

In this context, it is instructive to remind this readership of the expression “daylight robbery.” Nowadays, it indicates that something is excessively and unfairly expensive for no good reason. But the origins of the expression are more interesting because it refers to the fact of depriving people of daylight.

To “rob a person of daylight” is a figure of speech that came to be used in the 1690s, when the government of King William III, urgently needing money, designed a “window tax” whereby houses would be taxed on the number of windows they had. This led to people boarding up their windows to avoid having to pay this progressive tax—an innovative example of tax evasion. Possession of windows was seen by the wealthy as a status symbol, and the number of windows in their dwelling was flaunted as a sign of wealth and societal importance.

The DST story certainly proves that human tinkering with people’s biological clock can create problems that cannot easily be solved. While the introduction of DST was the easy part of this story, making it permanent may well cause intractable problems which are challenging to overcome.