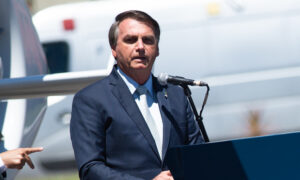 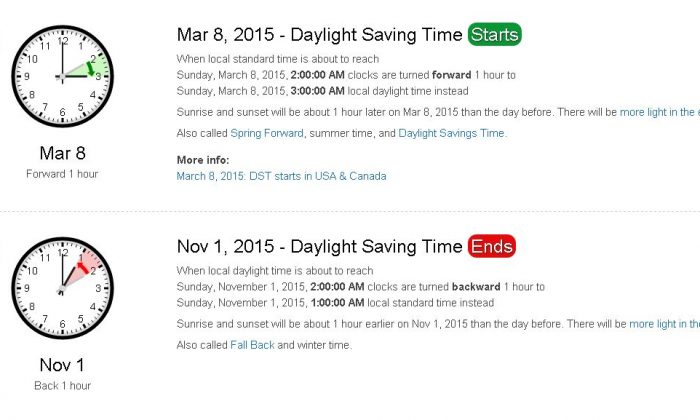 When is Daylight Savings Time in 2015?

Daylight Saving(s) Time is upon us again.

This year, the Daylight Saving Time will take come on Sunday, March 8, 2015. U.S. residents will all have to set our clocks forward by one hour.

It means that we’ll get one hour of extra daylight in the evening at the expense of “losing” one hour this week. As the saying goes, “Spring forward–fall back,” meaning we  push forward an extra hour in the spring.

The time change coming this Sunday also applies to Canada and Mexico.

Since 2007, Daylight Saving Time (sometimes noted as DST) always starts on the second Sunday in March, and it ends on the first Sunday in November. People mistakenly call it Daylight Savings Time (with the “s”).

Only parts of Alaska, parts of Arizona, and the entire state of Hawaii don’t observe Daylight Saving Time.

Your cell phone and computer likely will make the automatic time change.

Here’s some brief history, per DaylightSavingsTimeChange.org:

The practice of daylight saving was first introduced in Europe during World War I. The idea was to take advantage of the longest days of summer by gaining an extra hour of daylight while shortening the days in winter.

Benjamin Franklin first proposed the concept back in 1784. However, he suggested that starting the day earlier in the summer will save a great deal of candles (which people used to light their homes at the time).