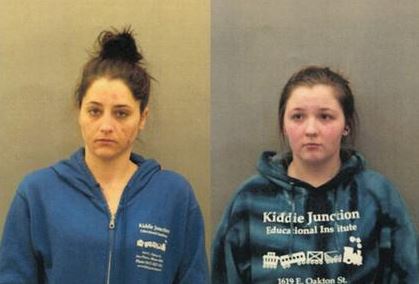 Three daycare employees were arrested in Illinois last week after police said they were caught feeding children gummy bears laced with a drug.

Police officers were called to the Kiddie Junction Daycare Center in Des Plaines on Friday afternoon over a “suspicious incident,” reported NBC.

According to WebMD, melatonin is a hormone found naturally in the body.

“Melatonin used as medicine is usually made synthetically in a laboratory. It is most commonly available in pill form, but melatonin is also available in forms that can be placed in the cheek or under the tongue. This allows the melatonin to be absorbed directly into the body,” the website stated. People use melatonin to combat jet lag and also when unable to fall asleep or unable to stay asleep for long periods of time.

Police officers said that the use of melatonin at the daycare was not approved by parents.

“Allegedly, this was done in an effort to calm [the kids] down before nap time,” a release from Des Plaines police read.

The employees told police they didn’t think that giving the kids melatonin was inappropriate since it can be obtained over-the-counter.

The parents of each child at the daycare were contacted by police about what happened, reported ABC7.

Kristen Lauletta, 32, of Niels; Jessica Heyse, 19, of Des Plaines; and Ashley Helfenbein, 25, of Chicago were each charged with two counts of endangering the life or health of a child and two counts of battery.

They are expected to appear in court in Skokie on April 4.

The management at Kiddie Junction cooperated with police officers, who said they were helpful.

Kiddie Junction didn’t comment publicly on the arrests and charges.

The Chicago Sun-Times reported that a separate investigation will come from the Illinois Department of Children and Family Services.