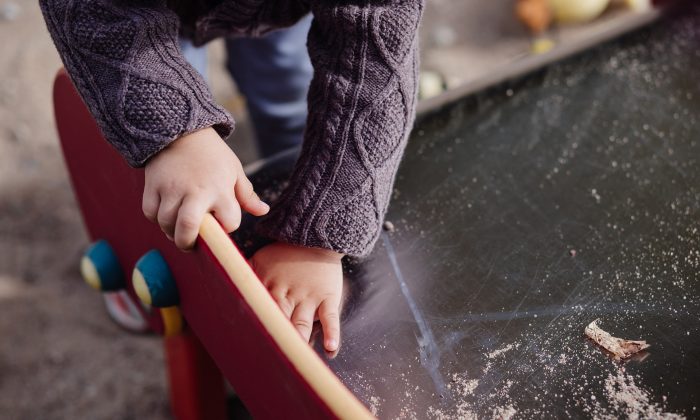 A child care center in Washington is being investigated after two mothers claimed staff waxed their children’s eyebrows.

Alyssa Salgado, 19, said she noticed a red mark between the eyebrows of her daughter Lilayiah after picking her up on Thursday, Feb. 1. While she initially thought it was a scratch, upon closer inspection she found that hairs had been removed.

“These women decided to wax my daughter’s uni-brow,” she wrote.

“Nothing like this should ever happen and they had no right to touch my daughter at all. I birthed my daughter and love every little thing about her and these so-called women took it upon themselves to correct the way my daughter should look,” she continued.

Another mother from the same center, Glenda Maria Cruz, also posted that her son’s eyebrows were waxed on the same day.

“Today my life changed I never thought something like this would or could happen to my son,” she wrote. I know a lot of you are going to say this not a big deal but honestly for me it is because their skin is really delicate and no lady has the right to do this to any kid. I’m at a point right now that I feel like a bad mom because I can’t protect him when he needs me the most.”

The day care, which is run by the Boys and Girls Club of Benton and Franklin Counties, a nonprofit organization, is currently investigating these claims.

In a statement released on Feb. 5, the organization’s Executive Director Brian Ace said, “The Boys and Girls Club takes these allegations seriously and will work to support the investigation process,” KEPR-TV reported.

The Washington Department of Early Learning is also investigating the matter.

In addition, the Columbia Basin College, where the child care center is based, released a statement on Facebook saying it takes these allegations seriously and will work to support the investigation process.

KEPR-TV reported that both women have since removed their children from the day care.

“I just want them to figure out who did this to my daughter,” Salgado told the Tri-City Herald. “I don’t feel comfortable leaving my children there.”