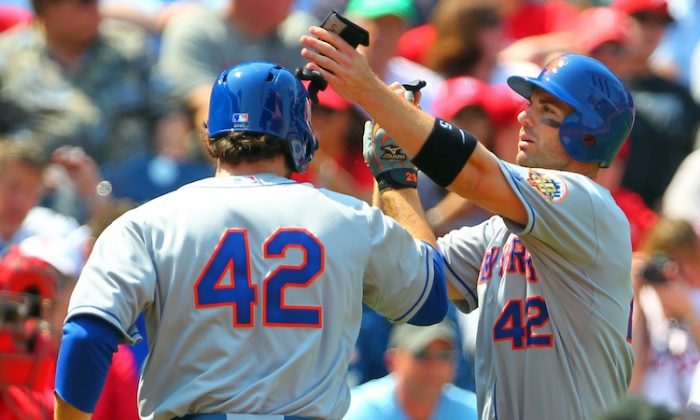 Ike Davis got his first home run and RBIs of the season but the Phillies (4-5) scored seven runs in the final two innings to defeat the Mets (6-3) 8–2 Sunday afternoon in Philadelphia and avoid the series sweep.

Cole Hamels got the win going seven innings and striking out 10 batters while giving up just the two-run home run to Davis that scored David Wright.

Davis entered the game with just two hits in 28 at-bats on the season but got a pair of hits to raise his average to .125 on the season. Wright had a pair of singles and is now hitting .571 on the young season.

Mets starter Mike Pelfrey pitched good enough to win, going six innings and allowing just one run but the Phillies scored seven runs (only three of them earned) on six hits off the Mets bullpen in the seventh and eighth innings.

Black, Hispanic Voters on Why They Voted for Trump
0