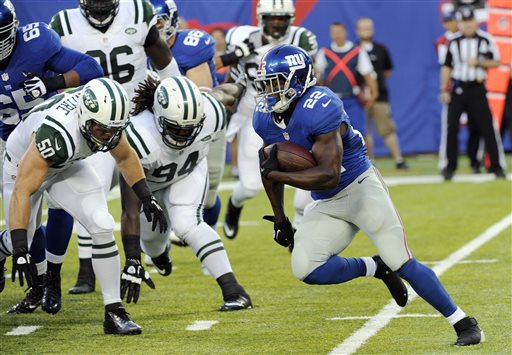 New York Giants running back David Wilson (22) rushes for a touchdown during the first half of a preseason NFL football game against the New York Jets, Saturday, Aug. 24, 2013, in East Rutherford, N.J. (AP Photo/Bill Kostroun)
NFL

The injury was sustained in the first quarter against the Philadelphia Eagles.

Wilson was shown walking to the locker room.

Reports said he suffered a neck injury and staff will evaluate it.

It is unclear if he will return. Team officials said his return is questionable.