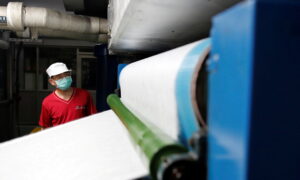 David Shearer has resigned as leader of New Zealand’s Labour Party, effective when a new leader is appointed.

Shearer has led the party since 2011, reported 3News.

He said it’s been his privilege to lead the party and he was proud of what he accomplished, reported TVNZ.

But the party needs to do more, he added, “and we haven’t had the lift we need.”

He felt he no longer had the support of all of his colleagues.

A party insider told 3News that Shearer has got the message “that we have lost confidence in him.”