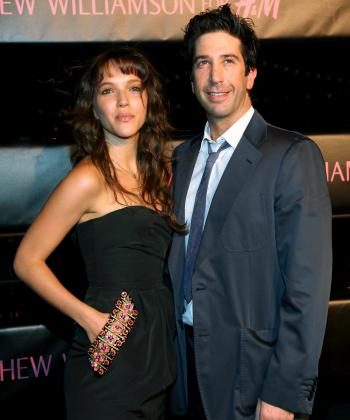 A representative for David Schwimmer confirmed the engagement on Sunday night.

Schwimmer, 43, met Buckman, 24, during the filming of his directorial debut film “Run Fatboy Run” in 2007 when she was working as a waitress at the London Cuckoo Club.

The marriage will be the first for both Schwimmer and Buckman.

Schwimmer's current project has been as director for his first theatrical performance “Trust” at the Looking Glass Theatre in Chicago. He rose to fame in the late-1990s when he starred as Ross Geller in the U.S. sit-com Friends. The hit series ran for several years till its series finale in 2004.