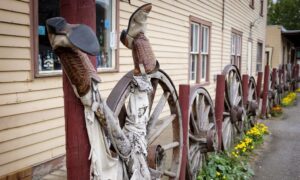 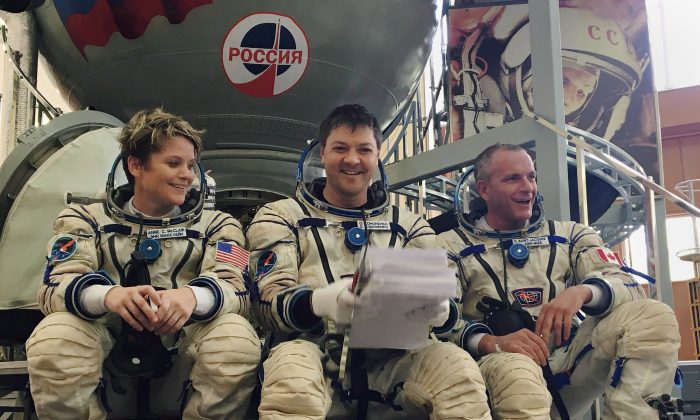 MONTREAL—Canadian astronaut David Saint-Jacques is heading to space—and a bit earlier than anticipated.

The Canadian Space Agency confirmed on Nov. 1 that Saint-Jacques, 48, will launch on Dec. 3 for a six-month mission aboard the International Space Station.

The fate of the Canadian’s voyage had been in question after a Soyuz rocket failure last month, but now he will blast off more than two weeks earlier than originally planned.

The agency said in a statement the re-scheduled launch date will allow for science work and time-critical operations aboard the space station to be maintained.

Saint-Jacques’ departure along with NASA astronaut Anne McClain and Oleg Kononenkoof of the Russian space agency Roscosmos was originally scheduled for Dec. 20.

“We’re getting ready for every option, [and] I’ll be ready whatever happens,” Saint-Jacques told The Canadian Press last week, as he prepared to return to Russia to complete his Soyuz training.

A Roscosmos investigation determined that a malfunctioning sensor caused a Soyuz rocket to fail shortly after it was launched in Kazakhstan on Oct. 11.

The problem occurred two minutes into the flight, sending the capsule holding NASA astronaut Nick Hague and Alexei Ovchinin of Roscosmos plummeting 50 kilometres to earth. Neither man was injured.

The agency successfully launched an unmanned Soyuz rocket last week, and said on Oct. 31 that it planned to launch two more before sending a crew to the space station.

Saint-Jacques has trained extensively for the past two years for the mission—his first since becoming an astronaut in May 2009.

The St-Lambert, Que. native has served as a part of the backup crew twice in the past five months, including for the aborted Soyuz mission in October.

He is trained in spacewalks and operating the robotics on the station and, as a trained medical doctor, will also keep an eye on the health of the crew.

Saint-Jacques and his crewmates are currently outside Moscow at the Gagarin Cosmonaut Training Centre preparing for their mission. At the space station, they will join NASA astronaut Serena Aunon-Chancellor, Alexander Gerst of the European Space Agency and Sergey Prokopyev of Roscosmos.

NASA said there will be a short handover period before Aunon-Chancellor, Gerst, and Prokopyev depart on Dec. 20. Saint-Jacques, McClain, and Kononenkoof are due to return to Earth in June.