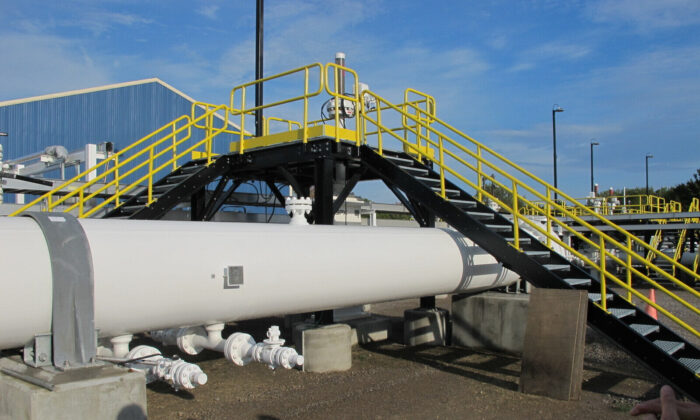 A section of Enbridge's Line 5 pipeline at a pump station in Mackinaw City, Mich., in October 2016. (AP Photo/John Flesher)
Viewpoints

David Richards: If Ottawa Wants Line 5 to Stay Open, Why Is It Dismissing Energy Ventures in the Rest of Canada? 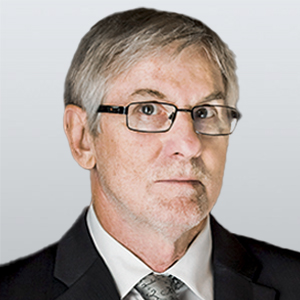 Why is the Line 5 pipeline so important? Why are we invoking treaties and clauses in treaties, and pleading with Michigan to recognize treaties in order to keep this line open and the oil flowing?

Our very woke government’s inclination has been, since its inception a very few years ago, to walk in lockstep with all the proper opinion-makers of Europe, who walk in lockstep with the woke left of Berlin, Glasgow, Berkley, and Cambridge, and who demand we make oil production, and pipelines, completely obsolete within 20 years. Is it 20? It may be less, may be more, but obsolete nonetheless.

In fact, in the last five years, wanting to keep pipelines operational has become tantamount to being racist, discriminatory, or bigoted. And we do have enough whites who fly in private jets to tell us so.

When my son was working in Fort McMurray in minus 30-degree weather, and his wife five months pregnant was at home in New Brunswick, both Leonardo DiCaprio and Neil Young flew into Alberta to tell us we were ecological rapists, colonialists, and exploiters before flying back to Los Angeles, that pristine environmental reservoir. At that same time, my nephew was pushing diesel into the North to keep families alive in winter.

Dozens of workers I knew who went to Fort McMurray used less fossil fuel in a year than those two did in a week.

We were told Energy East was unfeasible, and our government had a dozen excuses as to why this was, no matter what our arguments were, so then we assumed every drop of oil, every bit of pipeline in our country or flowing into our country, should be unfeasible as well.

If we freeze, so what—at least our hearts are pure.

However, that is a complete sleight of hand. There is not one ecological replacement for oil at this moment that isn’t much more than aspirational, theoretical, and based on a future expectation.

So, our government in this one case (and let’s make that clear) wants to keep oil flowing from Line 5 to property and airports in Ontario and Quebec. And yes, of course, they are provinces superior to New Brunswick and Nova Scotia any day of the week.

Enbridge supplies up to 40 percent of fuel through Line 5, along into Sarnia and into the province of Ontario, and in turn into Pearson International Airport.

When it comes to expediency, this is it. We need planes to fly to meetings where we can tell our citizenry that to think of jobs in the energy industry is to be counter productive. I sometimes think of the line in Animal Farm: “All animals are equal, but some are more equal than others.”

Sometimes, no, often, I look at our leaders and realize I have seen them somewhere before. They were the ones in school who joined the Glee Club and the UN committee, promptly raised their hands to all the questions, and smirked when someone got caught.

The talks continue between the progressive governor of Michigan and our own esteemed government. In any other venue or discussion, they would attempt to outshine each other in strident denouncements of the oil and gas industry, so our own officials must be somewhat embarrassed by suddenly being on the other side.

I am no expert, not like David Suzuki, but can the aspirational theories formed on the dais at COP26 in Glasgow keep us warm and toasty if our water pipes freeze and we can’t flush a toilet? Is Canada so blind to the obligation it has to its own people that it immediately signs on to criteria that are almost impossible to reach at this time in this northern clime?

It is all a sham, unrecognized by those who promote it. Prince Charles left Glasgow and flew to Barbados, a place 70 percent of the people I know couldn’t afford. DiCaprio came and went in a blaze of jet fumes.

People who have never worn a work boot, or spoken to anyone who has, are on the front lines speaking of obligations and excising oil from our world before they sit down for a latte in a comfortable café. There are, at any given moment in any given city, 100 pipes under their feet to keep them safe and warm.

Some even speak of being like soldiers on D-Day. The North Shore Regiment never fought so bravely! A grand pincer movement from one’s own private suite and shaking hands with immaculately coiffed leaders while our plane is being fuelled. To see this and to pretend not to, is to pretend not to see that the emperor has no clothes.

Those whose only relationship with oil is to turn up the heat when the wind blows are deciding policy for an entire nation, while OPEC dictates the terms on tons and tons of foreign oil that flows into Quebec.

Yes, I want Line 5 to stay open, but I would like the same consideration for other ventures that are so shallowly dismissed to the tune of billions of dollars lost. In Glasgow, the Western provinces of our country were betrayed with a Pecksniffian wave of the hand to please so many upper-class graduates who will never know where Alberta is. We have come home with our head in the clouds and demanded our country realize its last remaining duty is to destroy itself for the benefit of those who hold us in contempt.

We have been glibly told we are living in the first post-nation country, so national interests and Canadians who work to keep our trucks and trains and infrastructure going, to keep our houses warm and our children fed, don’t matter a damn anymore.