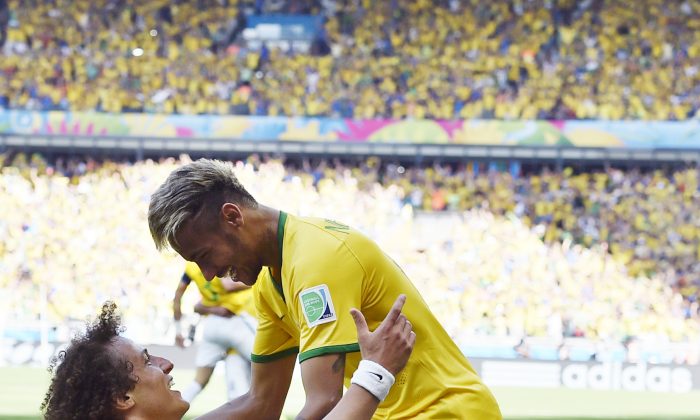 David Luiz Goal Video: Brazil Player Scores vs Colombia, Up 2-1; to Likely will be Brazil vs Germany in Semi-Finals

David Luiz, the Brazilian footballer, scored against Colombia on Friday during the World Cup quarter-finals.

Luiz scored the goal in the 67th minute.

Brazil is now up 2-1 against Colombia, and they have all but sealed a spot in the semi-finals against Germany.