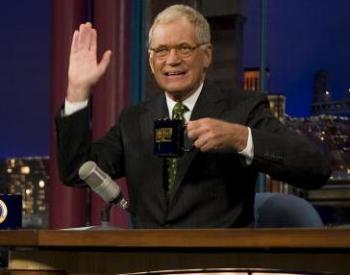 David Letterman gestures during a taping of the 'Late Show with David Letterman' in New York. (Jim Watson/AFP/Getty Images)
Entertainment

By Andy Thomas
Print
Late Night talk show host David Letterman announced during Thursday night’s television show after an attempted extortion case that he had sexual relations with several female members of his staff. He had reported it earlier, Thursday morning, to the Manhattan District Attorney’s office.

While the announcement was made initially in a comedic manner, eliciting laughter from the audience, Letterman highlighted his effort to protect the names of his staff members involved.

"The creepy stuff was that I have had sexual relations with women who work for me on this show. Now, my response to that is yes I have. " Letterman said.

Letterman married long-time girlfriend Regina Lasko, earlier this year, and has a 5 year old son with her.

The announcement comes at a crucial time in late night television as the host of "The Tonight Show," Jay Leno, handed off the position to Conan O’Brien in June, transitioning to a 10pm primetime slot.

Since the NBC late night handoff Letterman has led in the ratings.