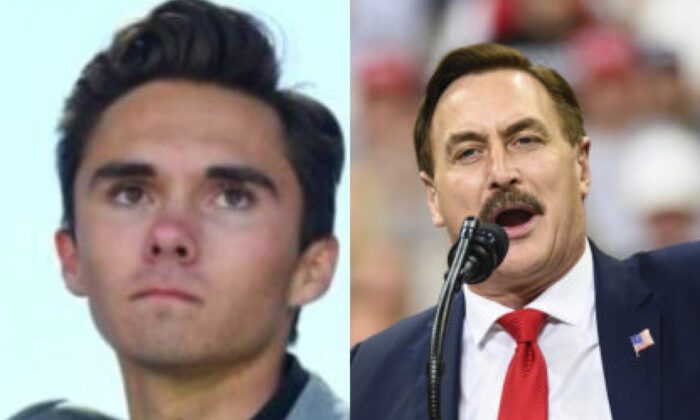 “A couple weeks ago, a very spontaneous interaction over Twitter between me and William LeGate led to us trying to start a progressive pillow company,” Hogg, 20, said over the weekend.

“The goal was and still is to create a great pillow that is sustainably produced in domestic unionized factories and have a percentage of those profits benefit progressive social causes. We were met with immediate and overwhelming support. But I soon realized that given my activism, schoolwork, and family commitments, I could not give 100% to being a full time co-founder at Good Pillow.”

Hogg then wrote on Twitter that he would be leaving the company.

“Effective immediately, I have resigned and released all shares, any ownership and any control of Good Pillow LLC. I want to thank Will for his partnership and wish him absolutely nothing but success with the future of Good Pillow,” he said.

As he started the firm in February, Hogg said he aimed to “run a better business and make a better product all with more happy staff than Mike the pillow guy while creating US-based Union jobs and helping people.”

“Mike isn’t going to know what hit him—this pillow fight is just getting started,” he said.

In response to the announcement, Lindell told Axios: “Good for them … nothing wrong with competition that does not infringe on someone’s patent.”

Hogg was a student during the 2018 shooting at Marjory Stoneman Douglas High School in Florida before he joined the gun control group March for Our Lives.

LeGate, meanwhile, said in February that there were fraudulent products being sold under the Good Pillow name.

“There is a fraudulent company going under the name good pillow who started selling fake products after we announced the name. They are not affiliated with us,” he wrote in a tweet on Feb. 16. “If you order from them, you might be scammed. We’re in the process of dealing with this legally but we wanted to make aware.”

Hogg’s announcement comes as Lindell told Steve Bannon’s “War Room: Pandemic” that he hired a private investigator to investigate why, he alleged, Fox News won’t allow him on the network.