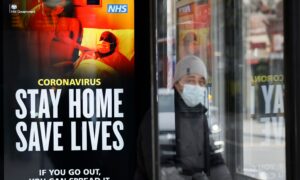 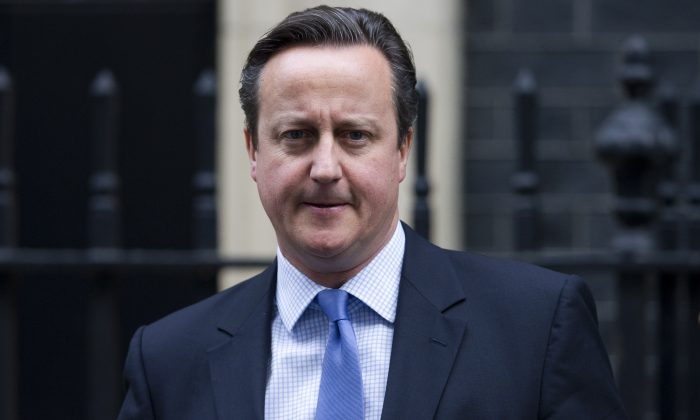 The UK was prepared for the wrong pandemic, former Prime Minister David Cameron said on Monday when questioned about the national security strategy of his government.

As biosecurity came into the spotlight due to the CCP (Chinese Communist Party) virus pandemic, Parliament’s National Security Strategy Committee on Jan. 4 launched an inquiry into how well the UK’s national security machinery operates in preparation for future emergencies.

Speaking as a witness at the inquiry’s first meeting on Monday, Cameron told his virtual audience that his government was aware of the risk of a pandemic after Ebola.

“We had a reminder of what a pandemic is when Ebola struck,” he said. “[And] the sort of global architecture of the World Health Organization was quite slow to respond.”

Although his government did categorize the risk of a pandemic as a tier 1 priority (pdf), Cameron said it was anticipating a wrong pandemic.

“I think the mistake that was made was that in thinking about future pandemics, the focus was very much on, on influenza, rather than on respiratory diseases,” he said.

“More should have been learned from the experience with SARS, and the respiratory diseases in terms of our own preparedness,” he said.

The Committee’s first report (pdf) on biosecurity and national security had acknowledged that the UK government had been preparing for the wrong pandemic, but said the problem runs deeper.

“We are not convinced that the nature of the disease [COVID-19] fully explains the difficulties the Government faced,” the report reads. “Rather, the challenges reflect long-present gaps in the planning and preparation for biological risks.”

Also speaking at the meeting was former National Security Adviser Peter Forbes Ricketts. Ricketts told the committee that the challenge is to get the government to pay more attention to a long-term strategy.

“Looking back, the area that it was most difficult to make the NSC [National Security Council] good at was the longer term strategic thinking,” he said. “I think it is extremely hard for senior ministers in the maelstrom of governing in the 24/7  era to make time for more [strategic thinking].”

Ricketts said that it’s “extremely difficult in the rush and tumble of events” to have what some would call “grand strategic thinking,” but “we should probably have thought more deeply about how to do that right from the outset.”

Another difficulty in preparing for future crises, Ricketts said, is money.

“Ministers of finance are very reluctant to spend serious money on redundant capacity that would be useful if an emerging threat happened, but equally would not be so useful if it didn’t happen, as against spending money on the immediate crisis of the day,” he said.

“So the money was spent on NHS winter crisis year by year and not on providing the kind of in reserve capacity that would have been really useful when the pandemics strike. And I think that that’s a problem perhaps it’d be easier now after this pandemic.