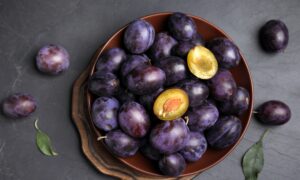 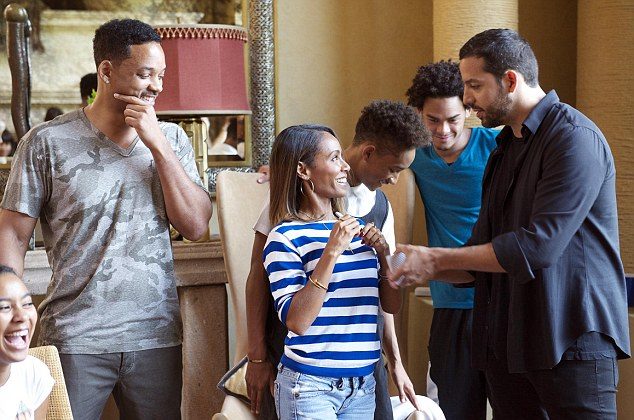 David Blaine tricks Will Smith and Smith's family on "Real or Magic."
News

David Blaine Real or Magic saw the magician returning to illusion on television, stunning a series of celebrities with his tricks.

Here’s some of the stunts Blaine pulled:

-Appearing to swallow a glass of water with two goldfish, disturbing Woody Allen.

-Puncturing his bicep with a spike while comedian Ricky Gervais (British version of “The Office) watched.

-Driving a metal spike into the back of his hand until it protruded from his palm, while “Breaking Bad” stars Bryan Cranston and Aaron Paul watched.

-Producing a card that actor Harrison Ford choose from an orange (prompting Ford to order Blaine out of his house).

-Eating a glass and pulling a baby alligator out of Katy Perry’s handbag.

As the Daily Independent said in its review, “Much of this hour or so of tricks was occupied with the magician shoving various sharp implements through various parts of his hand.”

This particularly grossed out Gervais, who said “This isn’t a trick, you’re just sticking a needle through your [expletive] arm. You’re a maniac, what are you doing?”

Or as the Daily Mail put it, “David Blaine insisted in Real Or Magic (C4) that he didn’t do tricks now; he’d simply raised  self-mutilation to an art form. He wasn’t so much an entertainer as a walking deathwish.”

The author added that however convincing the metal spike driven through his hand looked, “I still believe it’s a trick.”

“We’d be  naive to suppose that Blaine wouldn’t deceive us: he is so deft,  so dextrous,” said Christopher Stevens, the author, who gave the show four stars.

“At a wedding, about a dozen years ago, I met him — he was smoking a cigarette, and I asked whether he would pose for a photograph with my son, who was then seven and a fan of magic. Blaine stared at me and, with a blur of movement, hoisted my son up onto his arm. He was no longer smoking; the cigarette was balanced on the edge of a wall behind him, four feet away.  He must have flicked it there — I certainly didn’t see him turn or move to the wall.”

Other people’s reactions to Blaine are often more interesting than the tricks themselves. Some people run, either in circles or far away. The shock seems to trigger an adrenaline surge.”