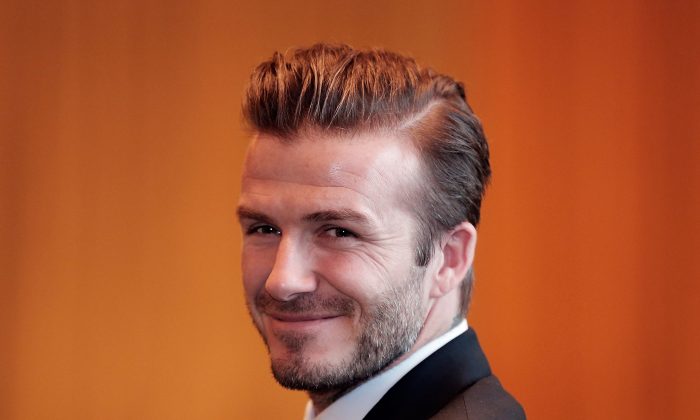 David Beckham Retires: The world’s richest soccer player will retire for good at the end of the season.

Beckham (38) played for esteemed clubs such as Manchester United, Real Madrid, AC Milan and L.A. Galaxy but decided to call it a day when his season with French Club Paris St. Germain (PSG) ends May 26.

“I’m thankful to PSG for giving me the opportunity to continue but I feel now is the right time to finish my career, playing at the highest level,” Beckham told the Daily Mail. PSG had offered the veteran midfielder a contract extension of one year.

Beckham had his debut in professional soccer with Manchester United some 20 years ago at the age of 17. Since then he won nearly everything on club level. His record includes six English Premier League titles, two FA Cups and the UEFA Champions League in 1999. He also won the Spanish championship with Real Madrid and  the Italian championship with AC Milan. He played five years for L.A. Galaxy in the United States and won his final championship with PSG last week.

His international career with England was also remarkable, reaching 115 appearances, the record for an outfield player. He was captain of the England squad for six years, however he failed to win any trophies. Beckham is also considered the wealthiest soccer player, with estimates of his net worth ranging from $191 million to $252 million. He has four children with his celebrity wife Victoria, who is a former member of the pop band Spice Girls.

Despite all the success and glamour, there were some dark periods in his career as well. When he was dismissed with a red-card in the quarterfinal game against Argentina in the 1998 World Cup, he was subsequently blamed for England’s exit, receiving widespread criticism from the press and the public.

His 10-year career at Manchester United also had an ugly ending when Beckham fell out with his father-like coach and mentor, coach Sir Alex Ferguson in 2003. Rumor has it that Beckham blamed United player Ryan Giggs of having too many affairs and a brawl erupted in the dressing room. Temperamental Ferguson, who himself never liked Beckham’s glamour wife and lifestyle, sided with Giggs and threw a punch at Beckham.

Beckham was then seen with a stitched eye-brow and relegated to substitute. The official story says that Ferguson, in a fit of anger, threw a boot in the dressing room and hit Beckham by accident. Nonetheless, he had a glorious comeback in a UEFA Champions League quarterfinal against Real Madrid in 2003. He came from the bench to score two goals and lead United to a narrow 4:3 victory at Old Trafford, which ultimately would prove to be to little to progress to the semifinals. He then joined Madrid in the summer of 2003.

After relocating from Los Angeles to Paris, Beckham plans to set up his base camp in London and pursue his various ambassadorial and sponsorship duties.

Neither the official David Beckham website nor PSG have confirmed the Daily Mail report and it is unclear whether Beckham will play the two remaining games for PSG.