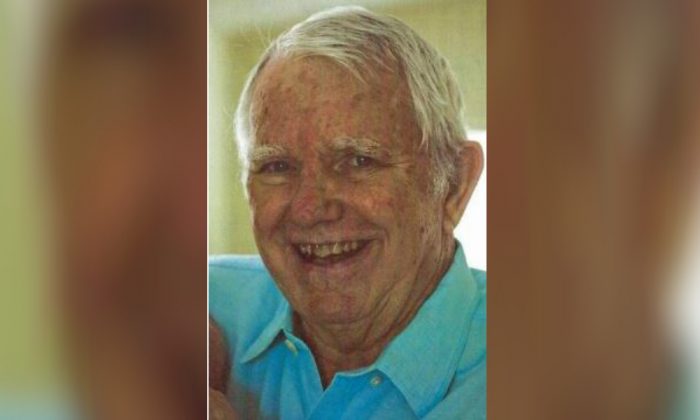 Two daughters found their father’s remains in a trash bag under his house, authorities said, after using dental records to confirm the identity of the remains.

Hubert Clodfelter, 85, had not been seen for more than two years before his body was discovered, reported the Myrtle Beach Sun News.

The Horry County Coroner’s Office confirmed the identity on June 19.

The bag was found under a home in Murrells Inlet, South Carolina.

Clodfelter’s wife, Irene Clodfelter, was arrested and charged with obstructing justice, desecration of human remains, and accessory after the fact of murder.

BREAKING: Human remains found at Myrtle Beach Travel Park are those of missing 85-year-old Hubert Clodfelter. His wife Irene Clodfelter has been charged in two counties in connection to his disappearance and accessory after the fact of murder. @WBTWNews13 https://t.co/0vXgxTOGL2

She told police officers that she found her husband’s remains on May 28 and placed them in a plastic bag, taping it closed and placing it under the house, reported the Myrtle Beach Sun News.

She said that her son, who is also dead, killed her husband.

“The defendant, believing that her son was responsible for this crime, attempted to conceal this crime by wrapping the victim’s body in plastic and wrapping tape around the plastic,” a warrant obtained by WPDE stated.

She kept getting money from her husband’s tenants “that she used to support her lifestyle,” officials wrote in the warrant.

At a bond hearing, the daughters who found the bag said they found it on June 14.

“I just could not wrap my head around what she could have done. Then I found dad stuffed in garbage bags and I felt his very flesh on my hands. And I realized that he was never coming back to us. His grandchildren will not grow up with their grandpa,” one of the daughters testified, reported WPDE.

Both women, through tears, asked the judge to not allow Irene to bond out of jail. https://t.co/0htacaqgmC

According to a Georgetown County Sheriff’s Office report obtained by WMBF, one of the girls told police that she had not seen her father in two years. She filed a missing persons report on March 14.

She said that she would call her father’s phone but it was always answered by his wife, who would make excuses as to why he couldn’t speak to her. One of the excuses was that he was on the run from the police.

One of the daughters, Karen, said that she sent birthday cards and other mail, hoping they would reach her father.

The daughters of Hubert Clodfelter found their father’s remains under a beach home. Their stepmom Irene Clodfelter told police her son killed Hubert and she helped move the body. Irene also says her son has since died. https://t.co/kSz9y1fA1t

“The deception and the lies and the falsehoods she told us were hurtful,” Karen added.