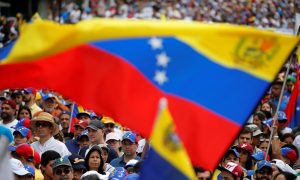 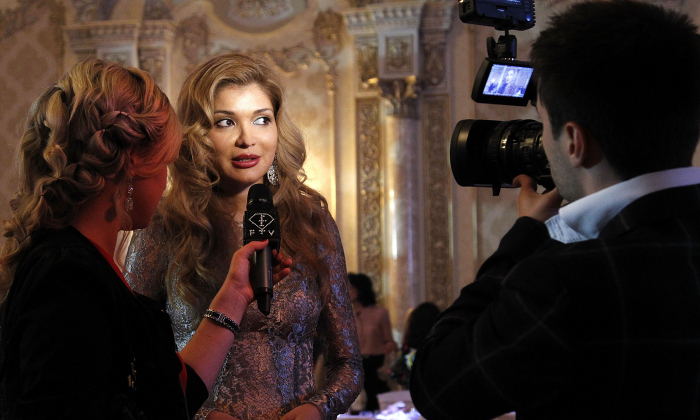 The Department of Justice announced criminal charges against the daughter of former Uzbekistan President Islam Karimov on March 7, in addition to charges levied against the former general director of Uzdunrobita, an Uzbek subsidiary of the Moscow-based Mobile TeleSystems PJSC, also known as MTS.

MTS is the largest mobile telecommunications company in Russia and a publicly traded company in the United States. Thursday’s charges stem from an alleged $1 billion money laundering and bribery scheme, and the largest potential bribe payment ever received by an individual defendant under the Foreign Corrupt Practices Act (FCPA).

The charges were filed by Geoffrey S. Berman, the U.S. Attorney for the Southern District of New York, and the case will be adjudicated by U.S. District Judge Kimba Wood, a Reagan-appointee.

Berman described the announcement as “the third installment in a trilogy of cases” that have implicated the highest reaches of the Uzbekistan government and some of the largest telecom companies in the world.

“By funneling multimillion-dollar bribe payments through the U.S. financial system, the companies and individual defendants corruptly tried to tip the global economy in their favor and line their own pockets,” Berman said in a statement.

“But they are now paying the price,” he said, adding that “the U.S. financial system is not in business to enable foreign bribery or money laundering.”

Gulnara Karimova, 46, is both the daughter of former President Karimov—who died in 2016—and a former high-ranking government official. She allegedly received $865 million in bribes during the decade-long scheme.

Her father served as Uzbekistan’s president from 1991 until his death in 2016, and was the former first secretary of the Communist Party of the Uzbek Soviet Socialist Republic in the USSR. Karimov has been described as an authoritarian dictator.

MTS, and two other multi-national telecom giants—Amsterdam-based VimpelCom, now known as VEON Ltd., and Stockholm-based Telia Company AB—are accused of paying hundreds of millions of dollars in bribes to Gulnara Karimova since 2001 to obtain and retain telecom business in Uzbekistan.

According to prosecutors, Gulnara Karimova “exercised her corrupt influence over Uzbek telecommunications industry regulators to allow the telecommunications companies to obtain lucrative business and operate in the Uzbek market.”

Bekhzod Akhmedov, an Uzbek national currently living in Russia, was the former general director of MTS subsidiary Uzdunrobita. Akhmedov is alleged to have helped orchestrate massive bribes on behalf of MTS, Uzbek subsidiaries of VimpelCom and Telia, and another MTS subsidiary called Kolorit Dizayn Ink, LLC.

A large portion of bribery funds were transmitted through banks anchored in New York City prior to being deposited in bank accounts controlled by Karimova around the world, thus giving the U.S. Attorney for the Southern District of New York jurisdiction.

The bribes involving Kolorit were concealed through various payments to shell companies that executives at MTS and Kolorit knew were owned by Karimova, prosecutors said.

Thursday’s charges also came one day after criminal charges were filed directly against MTS and Kolorit. The companies were accused of conspiring to violate the FCPA by paying more than $420 million in bribes through Akhmedov to Karimova.

MTS and Kolorit pleaded guilty and accepted a Department of Justice non-prosecution agreement in conjunction with an $850 million settlement with the U.S. Securities and Exchange Commission.

The guilty plea and settlement marks the third such resolution in the multi-year bribery investigation.

“The indictment and corporate resolution announced today, together with two prior corporate resolutions involving bribes allegedly paid to Karimova, demonstrate the Department’s comprehensive approach to foreign corruption: we will aggressively pursue both corrupt foreign officials and the companies and individuals who bribe them in order to gain unfair business advantages, and we will do everything we can to keep the proceeds of that corruption out of the U.S. financial system,” said DOJ Assistant Attorney General Brian Benczkowski.

“Corruption of this level and reach poisons our integrity as a participant in the global marketplace,” said Patrick Lechleitner of Homeland Security Investigations.

In total, the investigation has yielded $2.6 billion in global fines and repayments, including more than $1.3 billion already paid to the United States.

Federal prosecutors have also filed civil complaints to seize assets currently held in bank accounts in Switzerland, Belgium, Luxembourg, and Ireland in connection with the bribery payments and funds involved in laundering them.

Both Karamova and Akhmedov remain at large, authorities said.