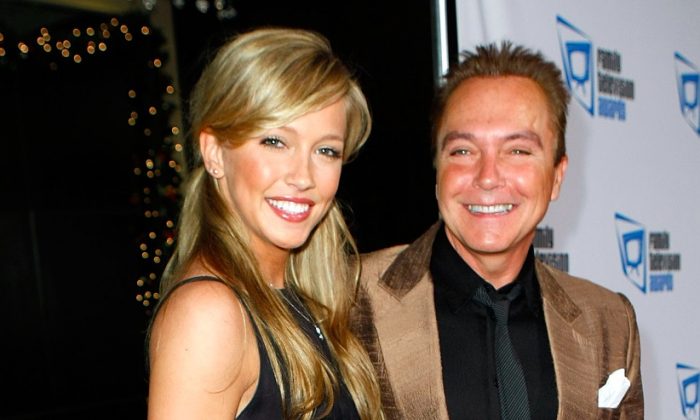 The daughter of David Cassidy, Katie Cassidy, revealed the last words of the singer before his death earlier this week.

“Words can’t express the solace our family’s received from all the love & support during this trying time. My father’s last words were ‘So much wasted time,’” Cassidy’s daughter tweeted Friday.

“This will be a daily reminder for me to share my gratitude with those I love as to never waste another minute….thank you.”

The elder Cassidy died Nov. 21 from organ failure. He was 67.

Words cant express the solace our family’s received from all the love & support during this trying time. My father’s last words were “So much wasted time”. This will be a daily reminder for me to share my gratitude with those I love as to never waste another minute….thank you.

Katie Cassidy, who stars in “Arrow,” is the daughter of Cassidy and model Sherry Williams.

David told People magazine of his daughter: “Because I didn’t raise her, I didn’t have to parent her. I’m always here and totally nonjudgmental.”

“To be able to go to someone I’m genetically linked to, tell them anything and know that they’re not going to judge me—it’s unbelievable,” Katie added. “It’s nice when your dad can be your friend.”

The former “Partridge Family” star announced in February that he was diagnosed with dementia, adding that he would stop doing live performances. “I want to focus on what I am, who I am and how I’ve been without any distractions,” he said at the time, People reported. “I want to love. I want to enjoy life.”

In February, Cassidy also said that he and Katie were no longer in contact.

Bigger fan base than the Beatles in his day……………. RIP #DavidCassidy pic.twitter.com/BqKWuiYY65

“I wasn’t her father. I was her biological father but I didn’t raise her. She has a completely different life,” he added to the magazine. “[But] I’m proud of her. She’s very talented. It’s hard for me to even accept how old she is now.”

He was in intensive care for about a week in a Florida hospital before his passing.

“On behalf of the entire Cassidy family, it is with great sadness that we announce the passing of our father, our uncle, and our dear brother, David Cassidy,” his family told People on Tuesday. “David died surrounded by those he loved, with joy in his heart and free from the pain that had gripped him for so long. Thank you for the abundance and support you have shown him these many years.”