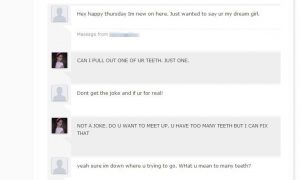 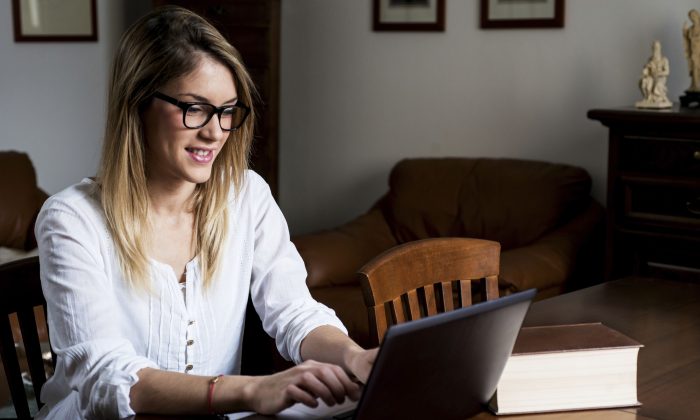 According to web measurement company comScore, Canadians are some of the most prolific users of dating sites. A full 25 percent of Canadians have tried online dating at some point. (dbphotographer/iStock/Thinkstock)
Canada

Dating, Warts and All

In the online dating world the misrepresentation, exaggeration, and falsification of one’s attributes is as common as a duckface selfie.

But a new kind of dating website is countering that by having users confess their flaws up front, as well as their good points.

David Wheeler, co-founder of the site SettleForLove.com, got the idea to bring authenticity into online dating after getting burned on popular sites like Plenty of Fish and eHarmony. He would invest time and energy getting to know women online, only to find they didn’t match up to their profile upon meeting them in person.

“I’d meet up with them and they didn’t look like their picture—whether they posted a picture from a long time ago or maybe they just snapped a picture that doesn’t look like them. And it’s not just looks, but it was also so clear that online everybody was just trying to say all the perfect things about themselves,” says Wheeler from his home in Waukesha, Wisconsin.

About 81 percent of people misrepresent their height, weight, or age in their profiles.

“It just got me to thinking with my business partner how cool would it be to create a site where you didn’t just try and sell yourself, but you tried to be yourself. Like, you are a little bit more open about some of your imperfections … so you don’t waste weeks or months getting to know somebody and find out you’re not a good match.”

SettleForLove and its tagline “embrace imperfection” is not a call to settle for less but to accept that idea that nobody is perfect, yet there are perfect matches, says Wheeler.

This is how it works: users create a profile on the site and fill out a section for both their personal “pros” as well as “cons,” then upload corresponding flattering and unflattering pictures. Users also list what imperfections they would accept in others, and what are relationship deal-breakers. Then, like any other dating site, users can browse profiles and contact those they are interested in getting to know.

According to web measurement company comScore, Canadians are some of the most prolific users of dating sites, spending more time on them than users in the U.S., U.K., France, and Germany. A full 25 percent of Canadians have tried online dating at some point, and a recent U.S. study found that more than a third of marriages between 2005 and 2012 began online—suggesting the phenomenon is not going away any time soon.

Dishonesty, however, remains widespread among dating sites; about 81 percent of people misrepresent their height, weight, or age in their profiles, according to a University of Wisconsin-Madison study.

Site Catching On with Canadians

In light of recent media attention, Canada is one of SettleForLove’s fastest growing markets and Canadians seem to appreciate its concept, says Wheeler, who noticed that self-deprecation and humility appear to come naturally north of the border.

“I’m proud of Canada. I’m excited about Canada, because I feel like from a culture perspective people really understand it and I could see it growing quite a bit.”

For example, a user from Sainte-Sophie, Quebec, lists some of his cons (complete with beer-belly photo) as “15lb gut to lose,” “short” and “don’t dance.” But under the pro, section he rounds his profile out describing himself as “happy, complete, serene, with a good sense of humour.” He also mentions recently starting a program to get in shape and improve his health.

But for some, the cons are what attract people to each other. For example, one user from Ottawa wrote that he was on the autism spectrum, but put it both in the pro and con sections—leaving it to his potential date to decide.

In Wheeler’s own experience, being open, real, and vulnerable is an ice-breaker and starts the relationship off on the right foot. He started dating a woman he met on SettleForLove six weeks ago, and on their first date they connected quickly and talked for hours—something he never experienced on over a dozen previous dates from other websites.

“We had all these things to talk about, both perfections and imperfections, good pictures, bad pictures. It made us laugh. It made us bond, and it provided a connection that I had never had from somebody else that I had met online,” he says, joking that getting married would be the ultimate endorsement for the website.

“It’s exciting. Of course the fact I met her on my own site is even more amazing. Hopefully we’ll get married so that I can close the deal and really have the fairytale.”

Despite the increasing popularity of online dating, some studies suggest it is no more effective in finding lasting love than the traditional non-digital version.

An extensive 2012 study published in the journal “Psychological Science in the Public Interest,” found that though online dating can be beneficial, particularly for singles who don’t have many other opportunities to meet people, it also has some significant pitfalls.

The heavy emphasis on browsing profiles can be highly reductive and ignore many of the subtle aspects of a person’s being—and therefore their true compatibility with other users, the study found.

“Encountering potential partners via online dating profiles reduces three-dimensional people to two-dimensional displays of information, and these displays fail to capture those experiential aspects of social interaction that are essential to evaluating one’s compatibility with potential partners,” said the study.

Mathematical algorithms that many of the popular dating sites use to match people for compatible traits or interests are also limited in their ability to match the principles that lead to long-term relationship success, the researchers said.

“These sites are in a poor position to know how the two partners will grow and mature over time, what life circumstances they will confront and coping responses they will exhibit in the future, and how the dynamics of their interaction will ultimately promote or undermine romantic attraction and long-term relationship well-being.”