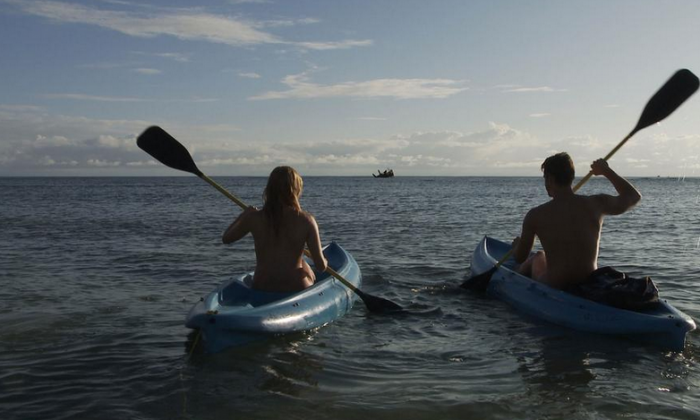 Dating Naked on VH1 has been renewed for a season 2 as season 1 wraps up on September 18.

The wedding special, the final episode of the season, shows Alika, a 36-year-old yoga instructor/sexual healer, and Ashley, a 27-year-old artist.

The 15 guests will also be naked.

VH1 says that the program is “TV’s most daring reality show.”

“Fans who are ready to bare it all to find true love can apply for season two,” it noted in the announcement. Apply here.

Dating Naked has drawn about 1 million viewers per episode.

“Dating Naked has been a ratings success for us and a viewer favorite,” said Susan Levison, Executive Vice President, Original Programming & Production for VH1.

“VH1 has always been about shaping the cultural conversation and we’re so glad to have created another pop culture lightning rod. The show is funny, engaging, and it actually works – we’ve helped 6 couples find love this season. You’re welcome, America.”

A premiere date hasn’t been announced but a premiere date will likely be in the summer 2015, around July 17. That’s when season 1 premiered this year.