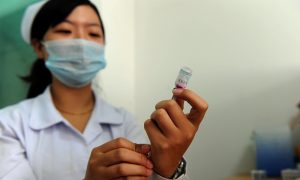 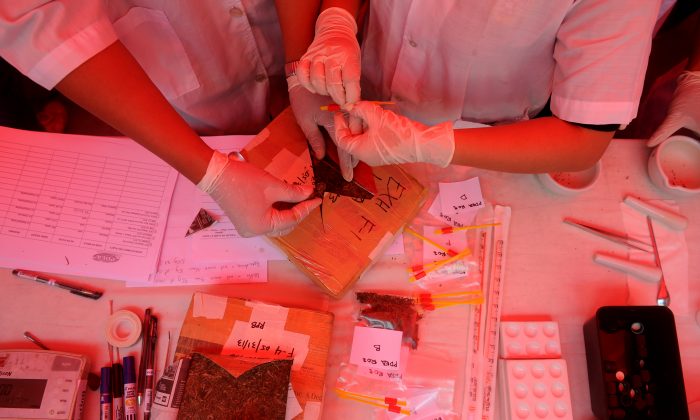 Sellers streaming drugs out domestically and internationally
By Arleen Richards

Date-rape drugs are flying out of China at break-neck speed despite recent crackdowns in Hong Kong to reduce the number of sellers.

A reporter for China’s largest social media network, QQ.com, recently published an article titled, “How Can Date-Rape Drugs be so Prevalent in Mainland China?” Noting the many tragedies in China involving date-rape drugs, the reporter described how the widespread, open sales in Chinese stores and through the Internet have expanded the market.

Date-rape drugs are powerful hypnotic and sedating agents typically found in Triazolam and Flunitrazepam, which are commonly used for clinical purposes. Gamma is another hypnotic-inducing drug sold online, typically known as Liquid Ecstasy.

The drugs are often manufactured by licensed medical suppliers in China, but are then sold illegally.

Taobao Marketplace (taobao.com), China’s largest consumer-to-consumer online shopping platform with rapid deliveries in two to three days, is one of many Chinese websites currently shipping large quantities of date-rape drugs domestically and to Southeast Asia, the United States, and Japan.

The article highlights a sting operation by the Hong Kong Police Force Narcotics Bureau following a lead on a website selling date-rape drugs. One of the detectives pretended to be a buyer and set up a meeting place for a transaction.

When the seller showed up, investigators arrested the suspect, a 35-year-old man from mainland China who was carrying a bag containing 10 bottles of date rape water, a date rape spray, and four bottles of suspicious pills worth 2400 Hong Kong dollars (about US$309).

Local stores, though, have not been deterred by recent crackdowns and are continuing to openly sell date-rape drugs.

The reporter visited a random health-product store in the city of Urumqi in China’s far west and an adult product store in Qingdao on China’s eastern seaboard. In both stores clerks volunteered that they had date-rape drugs for sale. A call to another store revealed that it made shipments to many countries, with deliveries to Southeast Asia widespread.

As an example of China’s status as a key exporter of new drug materials, the article points out major drug seizures in London, Canada, Mexico, and the United States, all originating from China.

In 2010, customs officials in London Heathrow Airport confiscated a large amount of white powder from China that was labeled “glucose” but was actually methcathinone, a well-known psychotropic drug with a high potential for addiction.

In 2011, the Mexican Navy seized more than 300 tons of raw materials in eight months, most of which came from China. These materials could be used to manufacture synthetic drugs such as cocaine, methamphetamine, and ecstasy.

Many American illegal drug makers say their raw materials are mostly from China, because they can easily find supply information on Chinese websites.

CBC News, the largest news broadcaster in Canada, reported that China was the largest single source of date-rape drugs seized between 2007 and 2012 by the Canada Border Services Agency. In 2009, a shipment from China was intercepted in Montreal. In that shipment, agents found US$1.4 billion worth of the date-rape drug GHB.