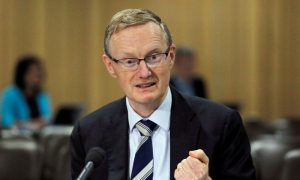 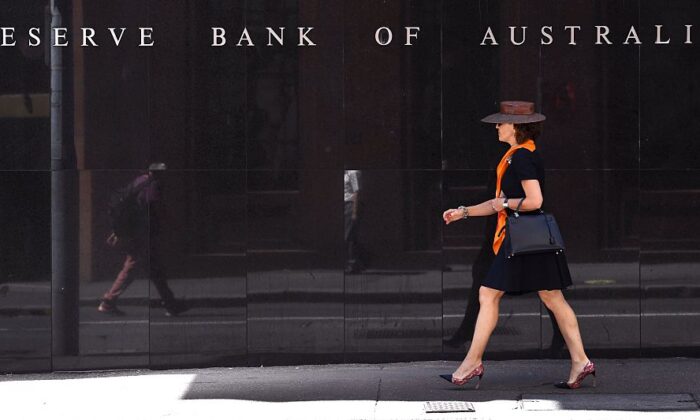 A woman walks past the Reserve Bank of Australia sign in Sydney on October 4, 2016. (WILLIAM WEST/AFP via Getty Images)
Australia

A flurry of new economic reports kicks off a new month but they are unlikely to deter the Reserve Bank of Australia (RBA) from a widely expected cut in its key interest rates at this week’s board meeting.

Economists are predicting the central bank on Nov. 3 will cut the cash rate to 0.1 percent from the already record low of 0.25 percent, while making the similar changes to its other interest rate and funding levers.

Among Monday’s list of data, the Australian Industry Group’s manufacturing index for October is released, which was undermined by Victoria’s prolonged COVID-19 lockdown in September.

Likewise, CoreLogic’s home value index for October will show how prices fared after Melbourne dragged down the national value of homes for a fifth straight month in September.

The ANZ job advertisements series for October will also be published, a key pointer to future employment. Ads were still down 21 percent from February in the September report.

Finally, the Australian Bureau of Statistics will release its lending and building approvals figures for September.