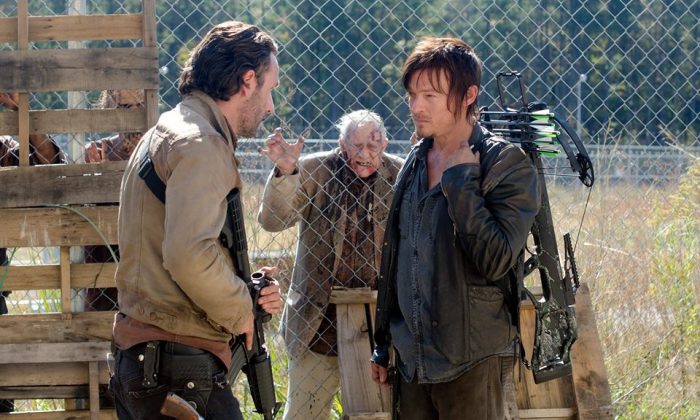 Rick and Daryl before they left the prison earlier in season 4. (Gene Page/AMC)
Entertainment

The first part of the season 4 finale started out with action early. Joe’s group finally caught up to Rick, Carl, and Michonne.

They appeared to be cornered after Daryl tried to stop the attack but was getting beaten by two of the men.

But Rick killed Joe by biting his throat, and then Michonne got the gun and shot the other man.

Daryl killed the two men beating him while Rick quickly approached the guy holding Carl and killed him too.

Daryl finally reunited with some of the old group.

And the scene with Rick that was shown in one of the promo trailers turns out not to be from Terminus. He’s sitting with his back against the truck after the battle with Joe’s group, with blood on his hands.

Daryl sits beside him, and during their talk Rick expresses that Daryl is his brother.

The group later makes it to Terminus.