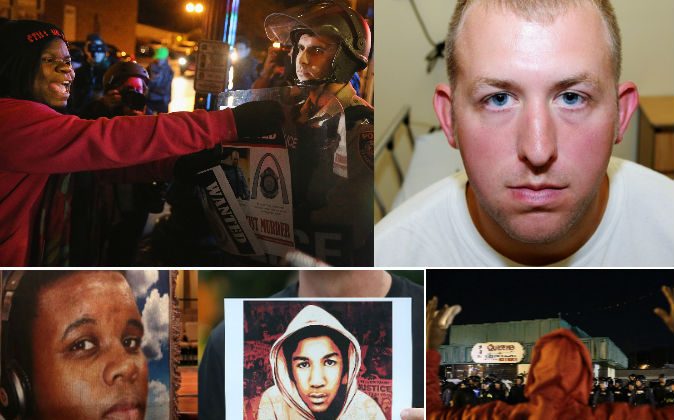 Darren Wilson to be Cleared by DOJ in Michael Brown Shooting: Report

Darren Wilson, the Missouri police officer who shot and killed unarmed teenager Michael Brown, was cleared of all civil rights charges in the shooting.

Brown’s death sparked massive protests in Ferguson, Missouri, and around the United States in 2014.

The New York Times reported Tuesday that the Department of Justice is ready to clear Wilson of the charge in the case.

Brown’s death sparked large protests in Ferguson, Missouri, and around the United States in 2014.

The Times report noted that the Justice Department is initiating “the final steps” in closing the investigation into Brown’s death. The agency hasn’t made an official statement on the matter, but federal prosecutors are said to be working on a memo that recommends no charges for Wilson.

Effectively, the move will close the case in the shooting death of Brown, an 18-year-old, unarmed black male.

But a larger civil rights investigation into allegations of excessive force and discrimination by the Ferguson Police Department is still underway, the Times said.

A lawyer for the Brown family, Benjamin Crump, told the paper he doesn’t want to comment on the matter until the investigation is completed and an official Justice Department announcement on the case is released.

“We’ve heard speculation on cases before that didn’t turn out to be true,” Crump was quoted as saying. “It’s too much to put the family through to respond to every rumor.”

Meanwhile, St. Louis County police are looking for nearly 200 people who looted one grocery store on the night of the announcement that a grand jury would not indict Wilson.

It was the third time police have released photos and surveillance video in an effort to track down those responsible for looting in and around Ferguson. A dozen Ferguson-area businesses were destroyed in fires and many other businesses were damaged in looting in the hours following the announcement.