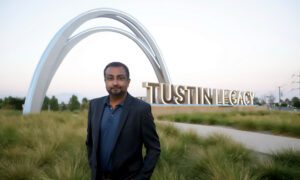 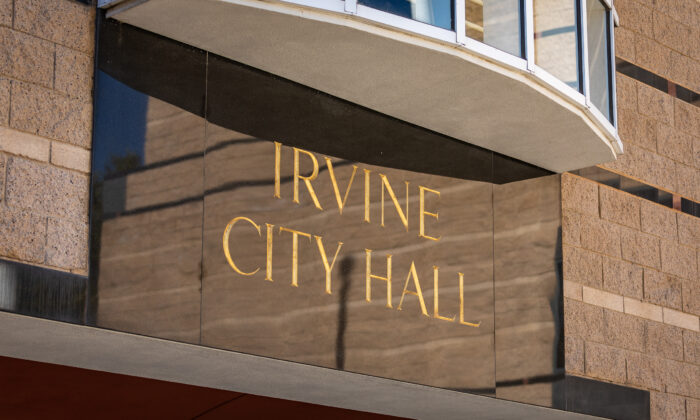 Incumbent Irvine Mayor Christina Shea has challenged allegations that she is caught “in the clutches of developers.” And, she dismissed as hypocritical former mayor Larry Agran’s claims that she has accepted “dark money” in her re-election campaign.

Agran made the remarks at a debate for city council candidates in Irvine, California, hosted by students at the University of California–Irvine. Shea and several other conservative candidates chose not to attend the student-led debates, claiming the structure and format of the debates were biased.

Shea later told The Epoch Times that Agran’s accusations are “laughable,” and countered that he has benefited from more than $1 million total in dark money from developers in many of his past campaigns.

Agran, who is running for a seat on city council in November, denied the allegations. “How can I put this politely? She’s crazy,” he told The Epoch Times.

“I’ve never received any money from any development firms. If I have, whether it was architectural firms or individuals who work for a developer, any money that came to me was within the confines of the campaign contribution limits.”

Though the city limits contributions to candidates to $530 per donor, there is no limit on how much political action committees (PACs) can receive from donors. PACs typically receive large donations from corporations, labor unions, and wealthy supporters, and use the funds for independent campaign advertising, including mailouts known as slate mailers.

The money going to PACs in support of particular candidates is often called “dark money,” because the PACs don’t have to publish the identities of donors.

In a campaign video on his website, Agran says: “In the middle of the campaign season, your mailbox is stuffed with all kinds of political hit pieces, attack ads, lies, smears. You may not know this, but just about all of it is funded by developers here in Irvine—by developers who move through dark money committees and try to get their candidates elected and, of course, attack those candidates—often unfairly—that they oppose.”

He told The Epoch Times that the infusion of dark money from PACs is “legalized corruption of our local representative democracy.”

Shea has also denounced the slate mailers. But, she said, “Whether you believe it or support it or not, it is part of our system.” The Supreme Court of the United States has ruled that freedom of speech prohibits the government from restricting them.

Agran is a self-described “progressive” endorsed by the Democratic Party, and Shea is an endorsed Republican. The two are old political foes and have often clashed.

While Agran, as well as a local watchdog group loosely connected with Agran, accuses Shea of having dark money behind her, Shea says Agran funnels his “dark money” through a newspaper that essentially acts as a PAC for him though it doesn’t technically qualify as one.

The sources of the dark money behind Shea, according to the group, are the Greater Irvine Education Guide, Taxpayers for Ethical Government, California Homeowners Association PAC, California Taxpayer Protection Committee, and the National Association of Realtors Fund.

During the same window, Irvine Watchdog reported $105,941 in dark money has been spent to oppose Agran, and $106,699 to oppose Tammy Kim, a city financial commissioner endorsed by the Democratic Party.

Irvine Watchdog is run mostly by Agran supporters, Katherine Daigle told The Epoch Times. Daigle is a columnist for Politichicks, a conservative news and opinion organization, and she is running against Shea for the mayoral chair.

Shea and city council candidate Mark Newgent, a Republican, told the Epoch Times that Irvine Watchdog is anything but non-partisan, and that Agran is more connected to the organization than he will admit.

Agran said he has no financial connection to Irvine Watchdog and he described it as an asset to the community and the democratic process.

“I have a number of friends who are a part of the organization, but I think it’s—as far as I can tell—a good organization that does what its name implies: It watches carefully what’s going on at City Hall in terms of disclosure and transparency,” he said.

Shea has accused Agran of skirting campaign finance laws by publishing a newspaper that’s really a “campaign mailer.” He has a financial stake in the Irvine Community News and Views (ICNV).

“He suggested that it’s a newspaper, and newspapers don’t fall under the campaign reporting rules,” Shea said. Newspapers and other news media are exempt from campaign finance laws because they are protected under the First Amendment.

Several news media outlets, including the Orange County Register and the Los Angeles Times, have criticized Agran and ICNV of misleading voters.

Shea implied that dark money may be funding the publication, which she said is running in the red with a huge deficit. “No one is talking about who is funding that newspaper,” she said.

The ICNV has recently come under fire from several candidates, including Democrats, for unethical editorial standards and overt political bias.

Agran told The Epoch Times he invested in the paper when his longtime associate Franklin Lunding launched it in 2014. “I have an ownership stake of 4 percent,” he said.

Agran confirmed that his daughter-in-law, Kerrie Agran, works as an editor at the newspaper. In the print edition, she is listed as Kerrie Mahan, chief operations officer and calendar editor, but the business is registered to “Kerrie Mahan Agran,” according to legal records.

Agran, himself, is listed as a writer and contributor. However, the paper does not publish the names of writers, known as bylines, on its articles.

The newspaper recently endorsed a slate of Democratic candidates, including Larry Agran, Tammy Kim, and Lauren Johnson-Norris for council, as well as Councilmember Farrah Khan for mayor.

There are two at-large council seats and the mayor’s chair up for grabs on Nov. 3. However, if Khan wins the mayor’s chair, the third highest vote-getter would take her seat on council. The mayoral position is for a two-year term, while councilmembers each serve a four-year term. The terms of the four council members are staggered.

ICNV has reported that all the endorsed Democrats are running clean-money campaigns, while their rivals, Shea, Carroll, Carrie O’Malley, and John Park rely on dark money.

“In effect, they are outsourcing their campaigns to developers and other special interests that spend hundreds of thousands of dollars to elect their favorite candidates who then return the favor by rubber-stamping their massive development projects,” ICNV states on its website.

On Oct. 5, Newgent filed a complaint with the Fair Political Practices Commission (FPPC) against Agran and other Democratic candidates, alleging they were “using Irvine Community News & Views ‘newspaper’ to shield its donors and circumvent state and local campaign finance laws.”

Agran said: “They [FPPC] dismissed it out of hand because it’s a newspaper with certain rights that are protected by the First Amendment. There is no relationship at all to these dark money committees that are really campaign finance schemes.”

Newgent told The Epoch Times: “It’s really about ethics. [Agran] wants everyone to disclose where they get their money, but he is not disclosing his.”

In July 2017, the City of Irvine paid $350,000 to ICNV to settle a lawsuit alleging the city had violated its own free speech ordinance by banning the publication from being displayed on racks alongside other publications and brochures at Irvine City Hall.

“I don’t know what she [Shea] is complaining about. It just doesn’t make sense,” Agran said. “It’s easy to swing wildly and make allegations, but this is the person, after all, who wanted to banish the paper from City Hall.”

Despite Irvine’s reputation as one of the safest cities in the nation, it is also one of the most politically venomous, according to a 2016 New York Times report.