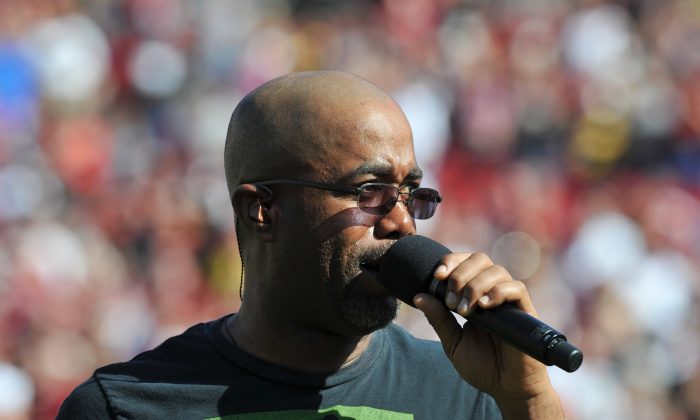 Rucker, a former member in Hootie and the Blowfish and now a solo artist, said that “I’ll take my grand ole Opry membership and leave your racism.”

Later, he said he had to go to bed. “This has been hilarious tonight,” he said. “If any hater thinks I care what u think. I don’t make music for u. So don’t listen.”