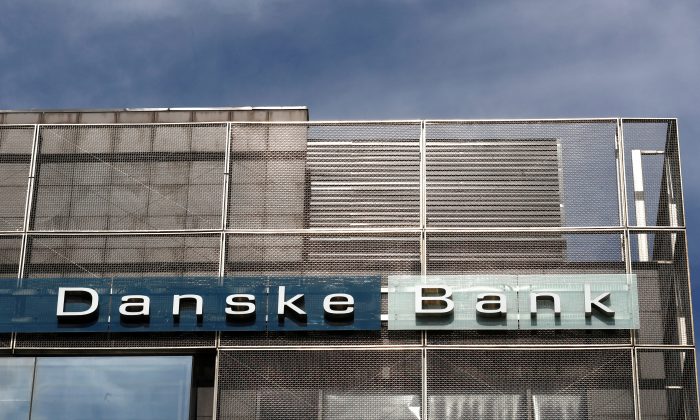 Danske Whistle-Blower Freed to Talk to US and EU Authorities

The man behind money-laundering allegations against Danske Bank A/S has been freed of his confidentiality obligations, paving the way for lawmakers to get whistle-blower testimony on one of Europe’s biggest ever dirty-money scandals.

Howard Wilkinson, a British citizen who used to head Danske’s Baltic trading operations, worked in that job from 2007 until April 2014. That’s four months after he says he first alerted management in Copenhagen to the suspicious transactions he had witnessed, according to the Berlingske newspaper, which became the vehicle through which Wilkinson would provide information to the public.

Denmark’s largest bank said on Oct. 29 it has “released the person in question of all contractual duties of confidentiality in relation to Danske Bank.”

The comments come after both the European and Danish parliaments put pressure on Danske to ensure crucial whistle-blower testimony isn’t blocked by contractual agreements. Wilkinson has been invited to speak at the European Parliament on Nov. 21, two days after he’s due to appear before Danish lawmakers.

His lawyer, Steve Kohn, says the agreement means Wilkinson is now also free to provide information to the U.S. Department of Justice and the U.S. Securities and Exchange Commission, though he declined to say whether his client had been invited to speak.

The allegations of laundering, which include criminal complaints filed by U.K. financier Bill Browder, have delivered a body blow to Denmark’s biggest bank. Danske has since admitted that much of about $230 billion that flowed through a tiny Estonian unit may need to be treated as suspicious in origin.

Wilkinson’s name only became known at the end of last month, when an Estonian newspaper identified him. He subsequently gave an interview to Berlingske in which he agreed to be named.

Among Wilkinson’s responsibilities while he was at Danske was providing investment advice to customers. He filed four reports to the bank’s top management about suspicious customers in the Estonian unit’s non-resident portfolio before leaving, according to Berlingske.

Danske is now the target of criminal investigations in multiple jurisdictions, including in the U.S. The bank has removed its chief executive officer, Thomas Borgen, and reported several employees to the police. Its share price has plunged almost 50 percent this year, making it Europe’s worst financial stock.

Wilkinson’s lawyer, Kohn, urged Danske to “immediately issue similar waivers to every” employee at the bank. “Every witness to the Danske Bank money laundering scheme must be freed from all restrictions on testifying regarding these crimes.”

Danske said its decision to release Wilkinson of his contractual obligations regarding confidentiality doesn’t necessarily mean he can speak freely.

While the bank is “not in a position to do anything more” regarding its non-disclosure requirements, Danske said it “cannot remove the legal obligations which a whistle-blower—as all other employees—must observe, for example the duty of confidentiality in respect of customer matters.”

Danske has also been invited to testify at next month’s parliamentary hearings and will be sending acting CEO Jesper Nielsen to represent it, according to the statement on Oct. 29.

Jeppe Kofod, the spokesman for the EU parliament’s special committee on financial crime, tax evasion, and tax avoidance, says Wilkinson won’t be able to apply for immunity in exchange for his testimony.

“Wilkinson, as a whistle-blower, should be free to talk about everything relating to the money laundering, but appearing before the European Parliament doesn’t come with any witness obligations like if you appear before a U.S. Congressional hearing,” he said by phone. “We don’t have those powers and he can say whatever he wants.”

Danske said it has made clear in the past that it is “not opposed to a whistle-blower participating in the public debate, including hearings.”