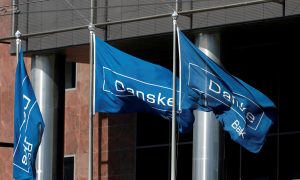 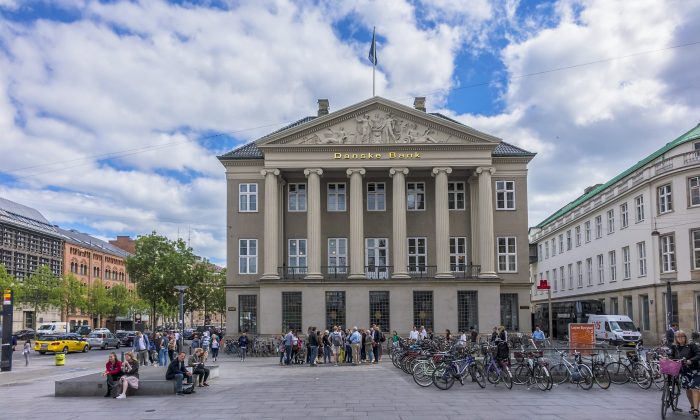 In Denmark, where the latest crisis first grabbed the public’s attention thanks to Danske Bank A/S, the government has some worrying observations on what went wrong and what the scandal might mean for European ambitions to build a single market for financial services.

“It obviously doesn’t do a lot of good for the trust between banks that operate in different markets [when you have] cases like this,” he said. “That’s quite obvious.”

“One of the problems with free trade is that something that starts one place spreads to other countries,” Jarlov said.

It’s slowly dawning on legislators in Europe that a money-laundering crisis they thought was limited to the Baltic and Nordic countries has spilled into the rest of the EU. A picture is emerging in which criminals, mostly from Russia, sought out the weakest links in the chain surrounding the EU to gain access to the wider Western financial system.

Jarlov says that it remains a struggle for legislators to keep up with the perpetrators. “The financial system is so complex that there could be so many ways of exploiting it that we have not even thought of,” he said.

According to Bill Browder, the co-founder of Hermitage Capital Management best known for his work chasing Russian money launderers, their entry point into the EU is the Baltic countries and Cyprus—the transit zone, as he characterizes it. From there, the dirty money makes its way to the rest of Europe.

“It’s going to places where people want to spend it,” Browder said in an interview with Bloomberg Television. He says the U.K. has traditionally been a magnet for such funds.

Though many banks all across Europe have now been implicated in the complex web of illicit flows, Danske remains at the center of the scandal. Its tiny Estonian branch allegedly handled about $230 billion in questionable funds between 2007 and 2015. Danske recently announced a full retreat from the Baltics and Russia in response to the scandal.

Part of the problem is the lack of a coordinated effort to fight money laundering in the EU. Another problem is confusion about the roles of national supervisors in monitoring foreign bank operations in their backyards.

The European banking union was designed to protect taxpayers from having to bail out banks, not to prevent illegal flows from the East. Europe is using directives to push through broader anti-money laundering tools and has given more powers to the bloc’s regulator, but the responsibility to catch and stop the practice still lies mostly with national authorities.

Browder estimates that there’s roughly $1 trillion in dirty money trying to make its way from Russia into the West, meaning the Danske scandal represents just a fraction of the puzzle.

Jarlov says “there’s a lesson to be drawn” from the Danske case. He also welcomes efforts to get national FSAs in the European Union to work together. “I think that’s absolutely necessary,” he said.

Fitch Ratings recently pointed out that, when it comes to fighting money laundering, there are “different national approaches potentially leading to uneven monitoring, compliance and regulatory cooperation.”

That’s problematic because “the extent of suspicious transactions may not be fully visible to a single regulator and investigations may be hindered by a lack of effective cooperation between regulators in the jurisdictions concerned,” Fitch said.

In the case of Danske, the Danish and Estonian regulators have disagreed over who should have done what. Danske is now the target of criminal investigations in the U.S. and several EU states. Investors are bracing for fines potentially in the billions of dollars and the bank’s share price has plunged by almost half over the past year. Numerous high-ranking people have been removed from the bank, including the chief executive and the chairman.

The Danish government is operating under the assumption that the total amount that Danske may be facing in fines probably won’t exceed about $1.5 billion, which represents an additional capital requirement set by the regulator to deal with the fallout of the scandal.

Jarlov says the case raises some fundamental questions about the financial industry.

“It’s obvious that they have not been enough in control of their business and not aware enough of their customers and their transactions,” he said.

Jarlov has taken several steps to tighten Danish anti-money laundering rules since last year. These include raising potential penalties eight-fold so that Denmark will in future have the ability to fine banks up to about $4.5 billion.