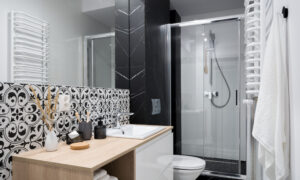 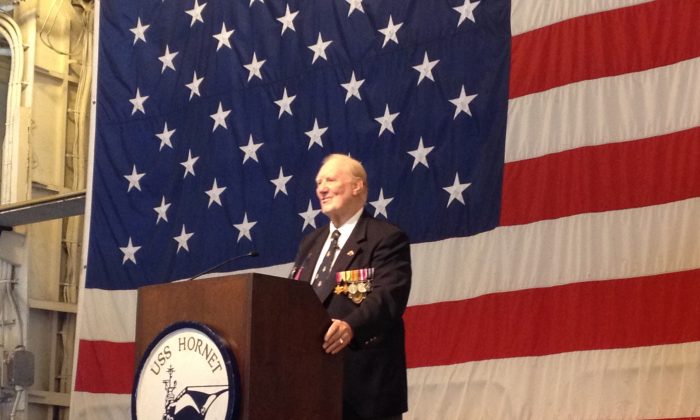 Danny Mander at the USS Hornet Museum in Alameda on March 8 recalls his days with Churchill and Montgomery. (Flora Qu/Epoch Times)
Life & Tradition

Danny Mander Talks About His Days With Churchill

ALAMEDA—The fate of the free world hung in the balance in 1943 when the Allied leaders, Roosevelt and Churchill, got Stalin to join the war against Japan and open an eastern front against the Germans.

The Tehran Conference was a strategic meeting held between the “Big Three” Allied leaders (the Soviet Union, the United States, and the United Kingdom) from Nov. 28 to Dec. 1, 1943. It was held at the Soviet embassy in Tehran, Iran, and was the first of the World War II conferences held between all three leaders.

Although the leaders arrived with differing objectives, the main outcome of the Tehran Conference was the commitment to open a second front against Nazi Germany by the Western Allies. The conference also addressed relations between the Allies, Turkey, and Iran, operations in Yugoslavia, and against Japan, as well as the envisaged postwar settlement. It was a crucial step in defending against Hitler’s war machine.

The legendary British prime minister entrusted young Danny Mander with his life at the Tehran Conference. Mander, a Royal Military Police warrant officer and Churchill’s personal bodyguard, now 98, spoke on Saturday as a guest of the USS Hornet Museum in Alameda. He also served as a security officer with British general and field marshal Bernard Montgomery during his fight with Nazi field general Erwin Rommel.

Many Bay Area residents traveled to Alameda on March 8 to hear Mander’s inside stories of the Tehran Conference.

Mander shared about Churchill’s everyday life during the conference. “In his bedroom in the British Consulate in Tehran, he woke up at 4 a.m., lit a cigar, and answered all of his messages from London,” Mander said. “He could be serious and funny, and he liked to hear jokes.”

After Mander picked Churchill up from the airport, Churchill had a breakfast that Mander said he will never forget.

“At the end of the breakfast they carried a tray, a huge tray, with peaches,” Mander said. Peaches were rare at the time in England. And the way the peaches were served was the most memorable. “They took a slice off the top, filled the holes with liquid chocolate, then cream on top, and then put the slices back on top. And there was a whole tray of peaches like that!”

Mander showed his loyalty in every small aspect. Tehran got very hot in the summer, and when the temperature hit 120 degrees, Churchill jumped in the Shah of Iran’s pool and asked Mander to come in.

“I said ‘No, what good would a bodyguard do in the pool?’ I stayed in the garden with a gun until the consular guards arrived, then jumped in.”

Cathy Johnsgard went home with “tons of notes” from Mander’s speech, she said. She teaches U.S. history at Westmont High School in Campbell, and she couldn’t wait to share what she’d learned with her students.

She also admired General Montgomery’s ethics, and his attention to his soldiers.
When they needed to go be with their families, he would give them permission—with the promise that they would come back—and they always returned.

“Those kind of things are very human, and kids don’t get the humanness of these people out of the textbooks,” Johnsgard said.

Neil Woolner drove from San Jose to hear Mander’s talk. “I’m very interested in history,” he said, “and I read history—but he’s actually met the history. He was there!”

He was especially interested because Mander worked around Montgomery in the North African desert in Egypt and Libya where Montgomery pushed the Germans out of North Africa.

Woolner also addressed the importance for our community to have such an event.

“It’s important to remember history, because if you don’t remember it, you’re doomed to repeat it.”