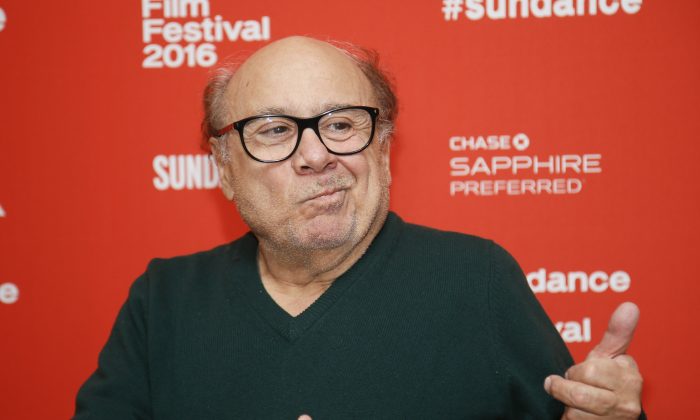 Actor Danny DeVito poses at the premiere of "Wiener-Dog" during the 2016 Sundance Film Festival on Friday, Jan. 22, 2016, in Park City, Utah. (Photo by Danny Moloshok/Invision/AP)
Entertainment

Danny DeVito became the latest actor to weigh in on the Oscar race controversy, saying that Americans “are a bunch of racists.”

The controversy sparked after the top 20 nominations in this year’s Oscars were all white, with several perceived snubs of black actors.

“‘It’s unfortunate that the entire country is a racist country,” DeVito told the Associated Press.

“So this is one example of the fact that even though people were giving great performances in movies, they weren’t even thought about. We are living in a country that discriminates and has certain racist tendencies.”

He added: “So sometimes it manifests itself in something like this, and it’s illuminated. But just, generally speaking, we’re a bunch of racists.”

Black actor Don Cheadle was also interviewed and asked his thoughts on the issue.

Cheadle applauded the recent membership changes the Academy is making in response to the controversy. The Academy pledged to double the number of female and minority members by 2020.

But then he added, “This is dealing with the symptom and not starting at the root cause of how do we even get to results like this.”