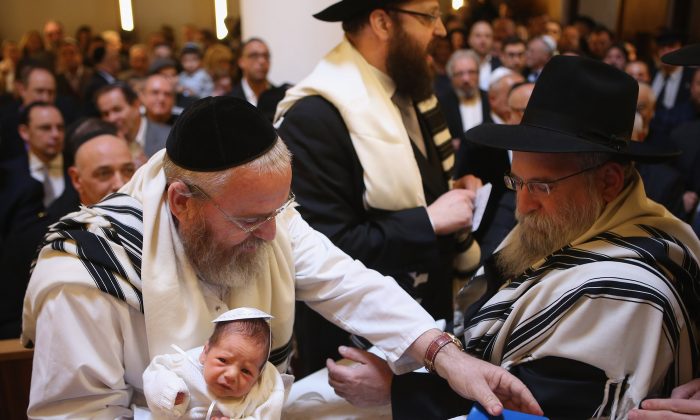 Danish Parliament to Vote on Banning Circumcision of Boys

A petition calling for a ban on circumcising boys in Denmark has attracted more than 50,000 signatures, forcing Danish lawmakers to debate the topic in a potential world first.

The citizen’s petition proposes a six-year prison sentence for anyone who carries out circumcision on boys under the age of 18 for non-medical reasons. The petition reached a 50,000 threshold on June 1, which means the Danish parliament is required to debate the issue. The vote is likely to take place in this fall.

The debate around banning the procedure raises ethical dilemmas about children’s rights as well as freedom of religion.

Male circumcision is the surgical removal of the foreskin. It is carried out for medical, cultural, or religious reasons.

Over a third of males around the world are circumcised, according to health officials, and about half of those for cultural and religious reasons. The procedure is performed most notably in Jewish and Muslim communities.

Legislation banning circumcision in boys was proposed in Iceland earlier this year, but it is unlikely to become law. It has sparked criticism from religious leaders in Europe, with many fearing a ban could foster anti-Semitism and Islamophobia.

The bill in Denmark is unlikely to pass, as none of the main political parties support it, according to local reports.

“We’d be all alone and the first country in the world to go in that direction,” Danish foreign minister Anders Samuelsen told the newspaper Altinget. “It makes us vulnerable, and it means that the allies who normally help us in a precarious situation, will, in this situation, not be by our side.”

But Lena Nyhus of Intact Denmark, the group that proposed the petition, says it is an issue of children’s rights.

“No one should be allowed to cut their religious belief into your body,” said Nyhus. “It’s the question of the right to bodily integrity, bodily autonomy, and to religious freedom.”

Nyhus remains positive for the vote’s support, but added, “We are definitely expecting a lot more debate before we reach any conclusion.”

But Milah UK, which campaigns to protect the rights of Jewish people to carry out male circumcision, says that parallels cannot be drawn between female genital mutilation and male circumcision.

“It is a minor procedure, carried out by a trained practitioner in a clean environment which has no recognised negative impact on the child or on the rest of his life,” the organization says.

The American Academy of Pediatrics concluded in a study that “the health benefits of newborn male circumcision outweigh the risks.”

According to a 2010 Pew Research Center study, less than 0.1 percent of Denmark’s population of about 5.7 million are Jewish and 4.1 percent are Muslim. A poll by Megafon for the television network TV2 in Denmark showed that 83 percent of voters supported the ban on circumcising boys.