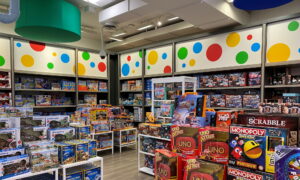 Danielle Cogswell, a 22-year-old University of Louisville student, was found dead in an apartment at Cardinal Towne.

Police are saying that foul play is not suspected, although the cause of death hasn’t been publicly revealed.

The Louisville Metro Police are cooperating with the university in investigating the death, reported WHAS-TV.

Police are awaiting an autopsy and toxicology results.

According to her Facebook, Cogswell was from Washington State, where she went to Skyline High School in Issaquah and graduated in 2010. She started school at the University of Louisville the same year.

Cogswell listed herself as single on Facebook but referred to Drew (last name withheld out of respect) as her boyfriend several months ago, saying that she was proud of him.

Drew tweeted something that was then retweeted by Cogswell on July 27. He responded to news of her death, saying: “Lost of words.”

Many are responding to the death on Twitter, with the hashtag #RIPDani.

“#RIPDani I couldn’t imagine loosing a teammate. Prayers will be sent to her family and her teammates,” said one.

“You inspired me more than you know. #RIPDani,” said another.

“You, that beautiful smile, and contagious personality will be truly missed dani! #RIPDani love you Chica,” said yet another.

“Losin a team member is just..no words. I can only imagine wat Louisville is goin thru. Her beautiful smile will truly be missed,” said another.