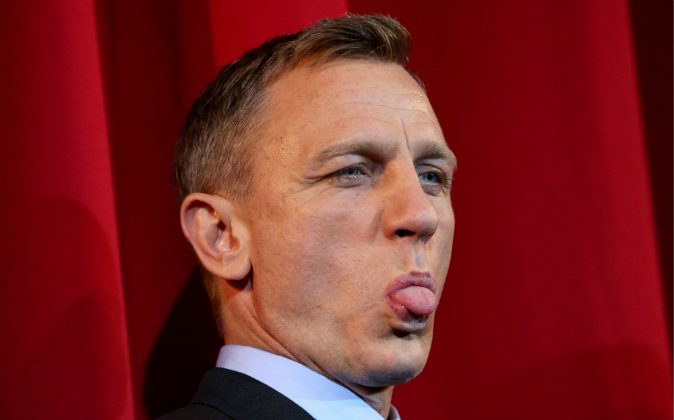 The actor who has played James Bond for four films, has allegedly told studio bosses he is “done” with playing the British Secret Service agent.

“Daniel is done—pure and simple—he told top brass at MGM after Spectre. They threw huge amounts of money at him, but it just wasn’t what he wanted,” said the source. “He had told people after shooting that this would be his final outing, but the film company still felt he could come around after Spectre if he was offered a money deal.”

The money deal is allegedly a whopping $100 million offer from MGM studios.

Craig has been vocal about not wanting to return to the action-packed film, as stated in a 2015 interview with Time Out magazine.

“I’d rather break this glass and slash my wrists. No, not at the moment. Not at all. That’s fine,” he said when asked about doing another Bond movie. “I’m over it at the moment. We’re done. All I want to do is move on.”

When asked if he’d leave the franchise behind, the actor admitted he hadn’t “given it any thought.”

“I haven’t given it any thought. For at least a year or two, I just don’t want to think about it. I don’t know what the next step is. I’ve no idea. Not because I’m trying to be cagey. Who the [expletive] knows? At the moment, we’ve done it. I’m not in discussion with anybody about anything. If I did another Bond movie, it would only be for the money.”

Apparently even the money will no longer do it—the only debate to be had now is ‘who will be the next Bond?’

British actor Idris Elba was reportedly a choice to play the secret agent. However, writer Anthony Horowitz told the Daily Mail  he isn’t gung-ho on Elba as a choice.

“For me, Idris Elba is a bit too rough to play the part. It’s not a colour issue. I think he is probably a bit too “street” for Bond. Is it a question of being suave? Yeah,” Horowitz said.

Craig’s opinion on who will replace him?

“Look, I don’t give a [expletive]. Good luck to them! All I care about is that if I stop doing these things we’ve left it in a good place and people pick it up and make it better. Make it better, that’s all,” he said.