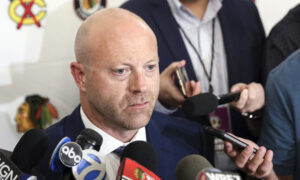 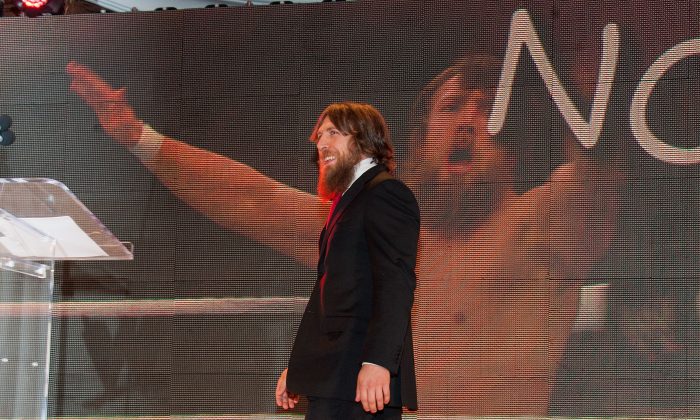 Daniel Bryan of the WWE, in a file photo, might not return from his injury until January 2015. (Getty Images)
Sports

Daniel Bryan Injury Update: WWE Wrestler Might Not be Back Until 2015

Daniel Bryan may not be back from his injury until next year, according to a new report.

Bryan was the WWE World Heavyweight Champion when he was the victim of three piledrivers from Kane on Raw in April.

He was diagnosed with cervical cord neurapraxia — a contusion of the spinal cord which results in numbness and tingling sensations in the arms, according to the official league website.

Bryan was taken from the ring on a stretcher.

The doctor expressed optimism that Bryan would soon return, but he later needed surgeries, putting him out for a while.

Wrestling Observer Newsletter is saying that Bryan won’t return until January 2015, at the Royal Rumble. And that when he returns, he’ll be in the third slot, behind John Cena and Roman Reigns.

Bryan’s injury prompted a shift in multiple aspects of the league.

And PWInsider reported last month that Bryan’s stock has fallen and that the league is in no rush to bring him back.

“Additionally, it’s being said some WWE officials feel Daniel Bryan’s bubble has ‘popped’ in WWE, and numerous higher-ups in the company feel Bryan got injured when the company needed him the most. This is something that has several officials hesitant to let Bryan run with the ball when he returns,” according to Wrestling Zone.

“Additionally, there are officials in WWE who remind others Daniel Bryan was supposed to face Sheamus at WrestleMania 30 until CM Punk quit, and Punk’s departure is the only reason why Bryan was given a push.”