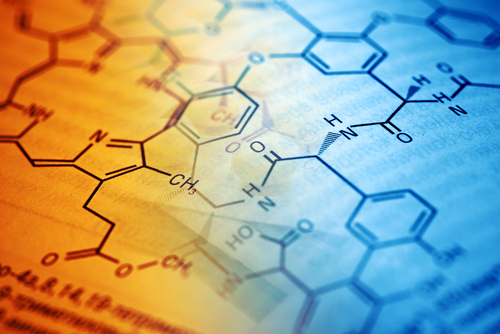 Some of the great minds that shaped the laws of science warn us not to be limited by those laws. (Shutterstock*)
Beyond Science

Dangers of Believing Too Much in Science, Explained by Scientists

Many of the scientists who helped establish the widely accepted scientific theories and laws have warned future scientists not to be limited by their work. They also note that many of the greatest discoveries were ridiculed at first, as they stood in opposition to preconceived notions.

Here are 17 insights from some of the greatest minds of science.

1. The Benefits of Being Scoffed At

Rejoice when other scientists do not believe what you know to be true. It will give you extra time to work on it in peace. When they start claiming that they have discovered it before you, look for a new project.

—Efraim Racker, in “Resolution and Reconstitution of Biological Pathways from 1919 to 1984,” published in Federation Proceedings in 1983.

Efraim Racker (1913–1991) was a biochemist. He is known for his work on discovering the mechanism of the synthesis of ATP, a molecule used for transporting energy within cells in organisms.

You are urgently warned against allowing yourself to be influenced in any way by theories or by other preconceived notions in the observation of phenomena, the performance of analyses and other determinations.

—Emil Hermann Fischer, as quoted by M. Bergmann in “Das Buch der Grosse Chemiker” and translated by Joseph S. Froton in “Contrasts in Scientific Style: Research Groups in the Chemical and Biomedical Sciences.”

Emil Hermann Fischer (1852–1919) was a chemist. He received the Nobel Prize in Chemistry in 1902 “in recognition of the extraordinary services he has rendered by his work on sugar and purine syntheses,” according to the Nobel Prize website. Fischer is also known for having developed the Fischer projection, a way to draw two-dimensional representations of structures of organic molecules.

The mind likes a strange idea as little as the body likes a strange protein, and resists it with a similar energy. It would not perhaps be too fanciful to say that a new idea is the most quickly acting antigen known to science. If we watch ourselves honestly, we shall often find that we have begun to argue against a new idea even before it has been completely stated. I have no doubt that that last sentence has already met with repudiation—and shown how quickly the defense mechanism gets to work.

4. Just Because It Can’t Easily Be Measured, Doesn’t Mean It Doesn’t Exist

–Charles Handy, Economist and organizational behaviorist, in his book ‘The Empty Raincoat: Making Sense of the Future’

Image of microscope via Shutterstock

We have no right to assume that any physical laws exist, or if they have existed up to now, that they will continue to exist in a similar manner in future. It is perfectly conceivable that one fine day Nature should cause an unexpected event to occur which would baffle us all; and if this were to happen we would be powerless to make any objection, even if the result would be that, in spite of our endeavors, we should fail to introduce order into the resulting confusion. In such an event, the only course open to science would be to declare itself bankrupt.

—Max Planck, in his book The Universe in the Light of Modern Physics, translated by W. H. Johnston.

Max Planck is regarded as one of the founders of quantum mechanics. He was awarded the Nobel Prize in Physics in 1918 for “the services he rendered to the advancement of Physics by his discovery of energy quanta.”

Science cannot solve the ultimate mystery of nature. And that is because, in the last analysis, we ourselves are part of nature and therefore part of the mystery that we are trying to solve.

—Max Planck, in his book ‘Where Is Science Going?’ translated by James Murphy.

6. Science ‘Another Form of Religion’?

We need not wait for science to give us permission to do the uncommon or go beyond what we have been told is possible. If we do, we make science another form of religion. We should be mavericks; we should practice doing the extraordinary.

—Joe Dispenza, in his book ‘Evolve Your Brain: The Science of Changing Your Mind’

Joe Dispenza is a neuroscientist and chiropractor. He is one of the scientists featured in the film What the Bleep Do We Know!?, which includes documentary-style interviews. Dispenza suffered from fractures to his vertebrae due to a car accident, and doctors said that the only way he could walk again would be to have an operation. But he decided against the operation, believing that he could heal himself using willpower. He was able to walk again three months later.

7. What May Now Seem Ridiculous Could Be the Future of Science

I have no doubt that in reality the future will be vastly more surprising than anything I can imagine. Now my own suspicion is that the universe is not only queerer than we suppose, but queerer than we can suppose.

—J.B.S. Haldane, in his book ‘Possible Worlds and Other Papers’

J.B.S. Haldane was a biologist. He was one of the founders of population genetics. He also derived the Briggs–Haldane equation with G.E. Briggs to describe enzyme kinetics.

Reason, with most people, means their own opinion.

—William Hazlitt, in his essay “A New School of Reform: A Dialogue between a Rationalist and a Sentimentalist.”

William Hazlitt was a writer and philosopher.

Portrait of William Hazlitt, derived from an 1825 sketch by William Bewick.

9. Most of Science is ‘Opinion and Illusion’

—Edward Robert Harrison, in “Masks of the Universe”

Illustration of an atom via Shutterstock

“I love science, and it pains me to think that so many are terrified of the subject or feel that choosing science means you cannot also choose compassion, or the arts, or be awed by nature. Science is not meant to cure us of mystery, but to reinvent and reinvigorate it.”

—Robert Sapolsky, in his book “Why Zebras Don’t Get Ulcers”

Robert Sapolsky is a biologist and neurologist. He is known for his work on stress-related diseases.

Physical concepts are free creations of the human mind, and are not, however it may seem, uniquely determined by the external world. In our endeavor to understand reality we are somewhat like a man trying to understand the mechanism of a closed watch. He sees the face and the moving hands, even hears its ticking, but he has no way of opening the case. If he is ingenious he may form some picture of a mechanism which could be responsible for all the things he observes, but he may never be quite sure his picture is the only one which could explain his observations.

He will never be able to compare his picture with the real mechanism and he cannot even imagine the possibility or the meaning of such a comparison. But he certainly believes that, as his knowledge increases, his picture of reality will become simpler and simpler and will explain a wider and wider range of his sensuous impressions. He may also believe in the existence of the ideal limit of knowledge and that it is approached by the human mind. He may call this ideal limit the objective truth.

—Albert Einstein and Leopold Infeld, in their co-written book “The Evolution of Physics.”

Albert Einstein during a lecture in Vienna in 1921 (age 42). (Ferdinand Schmutzer)

12. Scientists Present Different Face on World Stage Than Behind the Curtain

Deductivism in mathematical literature and inductivism in scientific papers are simply the postures we choose to be seen in when the curtain goes up and the public sees us. The theatrical illusion is shattered if we ask what goes on behind the scenes. In real life discovery and justification are almost always different processes.

—Peter Brian Medawar, in “Induction and Intuition in Scientific Thought”

Peter Brian Medawar (1915–1987) was a immunologist. He shared the 1960 Nobel Prize in Physiology or Medicine with Sir Frank Macfarlane Burnet “for discovery of acquired immunological tolerance,” according to the Nobel Prize website.

A common fallacy in much of the adverse criticism to which science is subjected today is that it claims certainty, infallibility and complete emotional objectivity. It would be more nearly true to say that it is based upon wonder, adventure and hope.

—Cyril Hinshelwood, as quoted in E. J. Bowen’s obituary of Hinshelwood, published in 1967 in the journal Chemistry in Britain.

Cyril Hinshelwood (1897–1967) was a physical chemist. He shared the Nobel Prize in Chemistry with Nikolay Nikolaevich Semenov in 1956 for their research into the mechanism of chemical reactions.

A man should look for what is, and not for what he thinks should be.

—Albert Einstein, as quoted in Peter Michelmore’s book “Einstein, Profile of the Man.”

—Sir Humphry Davy, as quoted by David Knight in the book ‘Humphry Davy: Science and Power’

Sir Humphry Davy was a chemist and inventor. He discovered sodium, potassium, and calcium using electrolysis, and found that chlorine, previously thought to contain oxygen, is an element. He also invented the Davy lamp, a lamp that is safe to use in coal mines.

Sir Humphry Davy (From I. Asimov’s Biographical Encyclopedia of Science and Technology)

16. Soul Will Not Be Explained By Science

I maintain that the human mystery is incredibly demeaned by scientific reductionism, with its claim in promissory materialism to account eventually for all of the spiritual world in terms of patterns of neuronal activity. This belief must be classed as a superstition. […] We have to recognize that we are spiritual beings with souls existing in a spiritual world as well as material beings with bodies and brains existing in a material world.

—Sir John C. Eccles, in his book ‘Evolution of the Brain: Creation of the Self’

Sir John Carew Eccles, a neurophysiologist, won the 1963 Nobel Prize in Physiology or Medicine with Alan Lloyd Hodgkin and Andrew Fielding Huxley for his work in chemical synaptic transmission.

Image of hand and sun via Shutterstock

17. Current Understandings May Become Obsolete, as So Many Before Them

Every experiment destroys some of the knowledge of the system which was obtained by previous experiments.

—Werner Heisenberg, in his book ‘The Physical Principles of The Quantum Theory,’ as translated by Carl Eckart and F. C. Hoyt.

Werner Heisenberg was a theoretical physicist. He received the Nobel Prize in Physics in 1932 “for the creation of quantum mechanics, the application of which has, inter alia, led to the discovery of the allotropic forms of hydrogen,” according to the Nobel Prize website.

*Image of chemistry formulas via Shutterstock

MORE: 10 Scientific Blunders That Could Shake Your Faith in Science