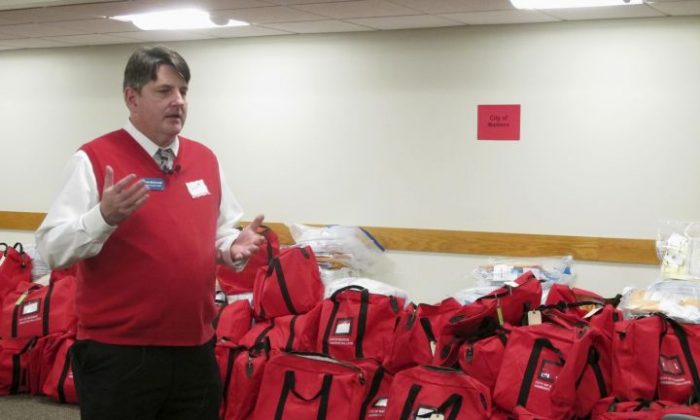 Dane County Clerk Scott McDonell stands in front of sealed bags of ballots before a recount of Wisconsin's presidential election results begins Thursday, Dec. 1, 2016, in Madison, Wis. The first candidate-driven statewide recount of a presidential election in 16 years began Thursday in Wisconsin, a state that Donald Trump won by less than a percentage point over Hillary Clinton after polls long predicted a Clinton victory. (AP Photo/Scott Bauer)
US

Wisconsin Recount Update: Dane County Looks to Wrap It Up

County clerk Scott McDonnell tells WISC-TV that no major discrepancies had been discovered in the recount, which was being conducted by hand.

Donald Trump defeated Hillary Clinton by more than 22,000 votes in the state. Green Party presidential candidate Jill Stein requested the recount over the possibility that the election machines had been hacked.

A federal judge on Friday ruled that Wisconsin’s recount should move forward, after Trump supporters sued to stop the process.

According to the latest election tally for the county:

The following are Dane County’s totals for each candidate McDonnell provided after the recount:

Wisconsin has set a deadline of 8 p.m. Monday for the recount to be finished. All states much certify election results by Dec. 13.

Dane County is the second-most populous county in Wisconsin. It encompasses the state capital, Madison.