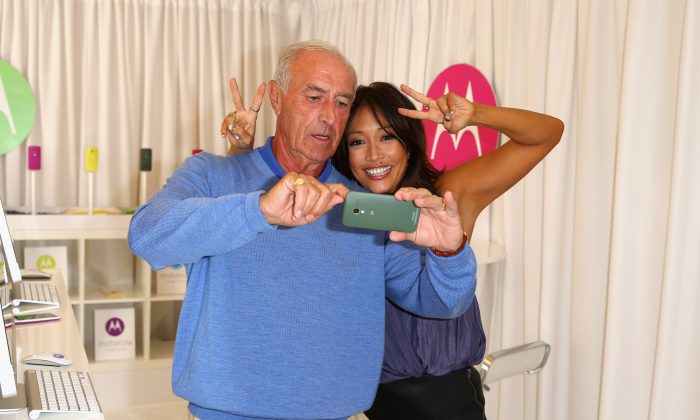 Len Goodman says Dancing With the Stars season 20 will be his last, as he’s getting too old to keep flying back and forth between DWTS and Strictly Come Dancing.

“I’ve got my wife, I’ve got my son, my mother is still alive and she’s in hospital – I’ve had virtually no time to go and visit her.

“So, I just need a bit of time off to get on with a normal life. And it was either Strictly went or the American one went or the tour went… I’m doing the spring one when I go out there… and that’s going to be my last one.”

Goodman sees the 10th anniversary season as a nice place to stop, and also believes the Bruno Tonioli–who also flies back and forth between DWTS and SCD–will continue further with DWTS.

“I’d imagine Bruno will still do it. But he’s ten years younger than me,” Goodman said.

Dancing With the Stars producer Rob Wade previously confirmed that Goodman, Tonioli, Carrie Ann Inaba, and Julianne Hough would be back for season 20.

The four judge format seemed to work better than the three judge format, leading fans and others to wonder who Goodman’s replacement will be. A top candidate is Maksim Chmerkovskiy, who reportedly expressed his desire to judge on the show after winning the Mirror Ball trophy in season 18 with Meryl Davis.

Chmerkovskiy was passed over in favor of Hough, but may still want to join the panel.